Apparently the author of Mary Poppins was not all that thrilled to be in business with Disney.  There is a movie coming out with Tom Hanks as Walt Disney and Emma Thompson as P.L. Travers, depicting the tensions behind getting the rights and making the movie. 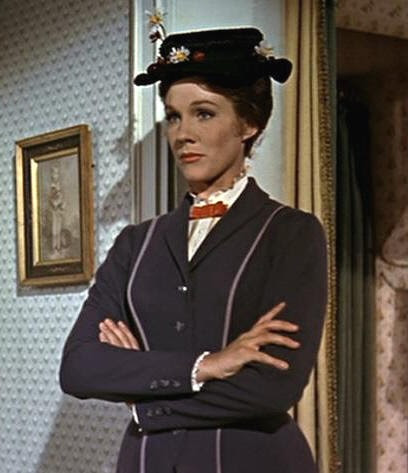 We lived on Mary Poppins during a pivotal time in Toddler Spew's life--at 2 years old, she needed corrective surgery (not life-threatening but not life-fun either).  The time in the hospital was largely spent watching the same movie over and over again--Mary Poppins.  Given its length and its quality, this was ok--as it repeated less often than a shorter movie and had heaps of goodness in it. And as a result, I not only named an article after a key Mary Poppins utterance, but would use the movie to illustrate runs on banks for my Intro to IR class.

So, thank you, Walt Disney.  You might not be perfect, but you gave me and my family a movie that served as many spoonfuls of sugar that, indeed, helped the medicine go down.
Posted by Steve Saideman at 2:27 PM