The more things change, the more they stay the same....  Montreal had yet another overpass shed yet more concrete on yet another car.

This time, no one was hurt.  And this time, it was further to the west, much closer to where I used to live.  I would go under this overpass nearly anytime I went to play frisbee or head downtown.

The assurance is that the overpass, despite its crumbling, is safe so the highway can carry traffic again.  Of course, anyone who believes that should consult my craigslist offering of a bridge in Brooklyn that I would like to sell.

Why should we expect Quebec to take seriously this stuff when the PQ has done such an excellent job of providing a new, even more bitter version of distraction sauce--the Charter of Xenophobes Values?

Anyhow, I appreciate the reminder of one of the reasons why I left Montreal despite the good food and great friends.

Another reminder will be this afternoon when I lunch at the headquarters of the Dept of Foreign Affairs, Trade and Development.  The lunch guest heads a German think tank that was of great assistance to me, so I am glad to have the opportunity to meet with him and not have to drive two hours to do so.  I do, indeed, love Ottawa and all that it offers.  I would have moved even if I didn't fear the collapsing infrastructure of Montreal, but, as we are reminded yet again, my fears have a solid basis in reality, unlike the assurances of the Quebec highway folks. 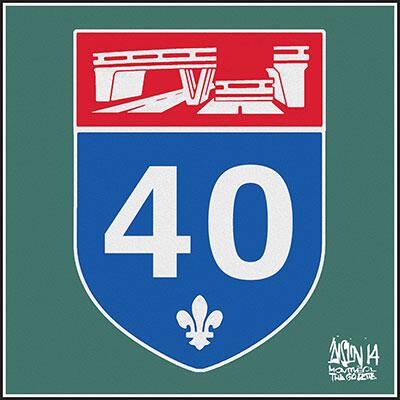