The NYT has a fun quiz that asked people how they spoke certain words or which words they used to identify where they are from.  My results were both not surprising and surprising: 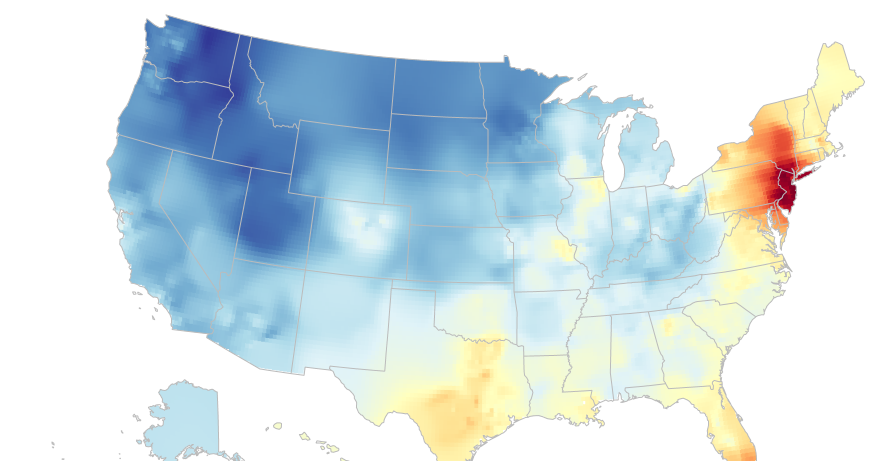 It gets right that I am from Philly--the give away question was, of course, hoagie when referring to a big sandwich chock full of stuff.  Didn't even have to go into how I say water.   Mischief night (night before Halloween) is also a big Philly thing, although I don't think I ever did mischief that night (why focus on just one night?)

The surprises would be the hot spots in Florida and Texas.  Ok, not so much Texas since I spent six years there in my first tenure-track job.  However, note the Texas is the east part, and I lived in the West part.  The big texas phrase may have been blow-off for an easy college course rather than gut.  Which makes sense since my first years of teaching shape how I think about such stuff more than where I grew up.

Florida is a surprise since my one year in 2nd grade could not have been that formative, but maybe it was. Garage sale turns out to be the big one which is prominent in Texas and Florida but not Philly.  Really?  Maybe yard sale would have been more philly, but I have had many garage sales in my life (thanks to a wife that does not like to just toss stuff--and because the circle of crap is so magnetic).

I wonder if any Canadian stuff have creeped into how I talk, but the quiz is only US focused.  I do know in my writing, I keep changing defense/defence depending on which country I am discussing, but I resist the extra "u"s although my daughter, alas, does not.

The remaining surprise is how little impact California made on the way I talk, given the six years there.  Too busy hanging out with other east coast elitists while in San Diego?

Anyhow, fun to over-think this stuff.