I went to the Military Museums this morning.  I don't think I have ever been to museums that were focused mostly on units as opposed to battles or countries.  So, the first hunk of the building is dedicated to the Princess Patricia's Canadian Light Infantry.  PPCLI was formed at the outset of World War I and has played a significant role in pretty much every Canadian engagement since. 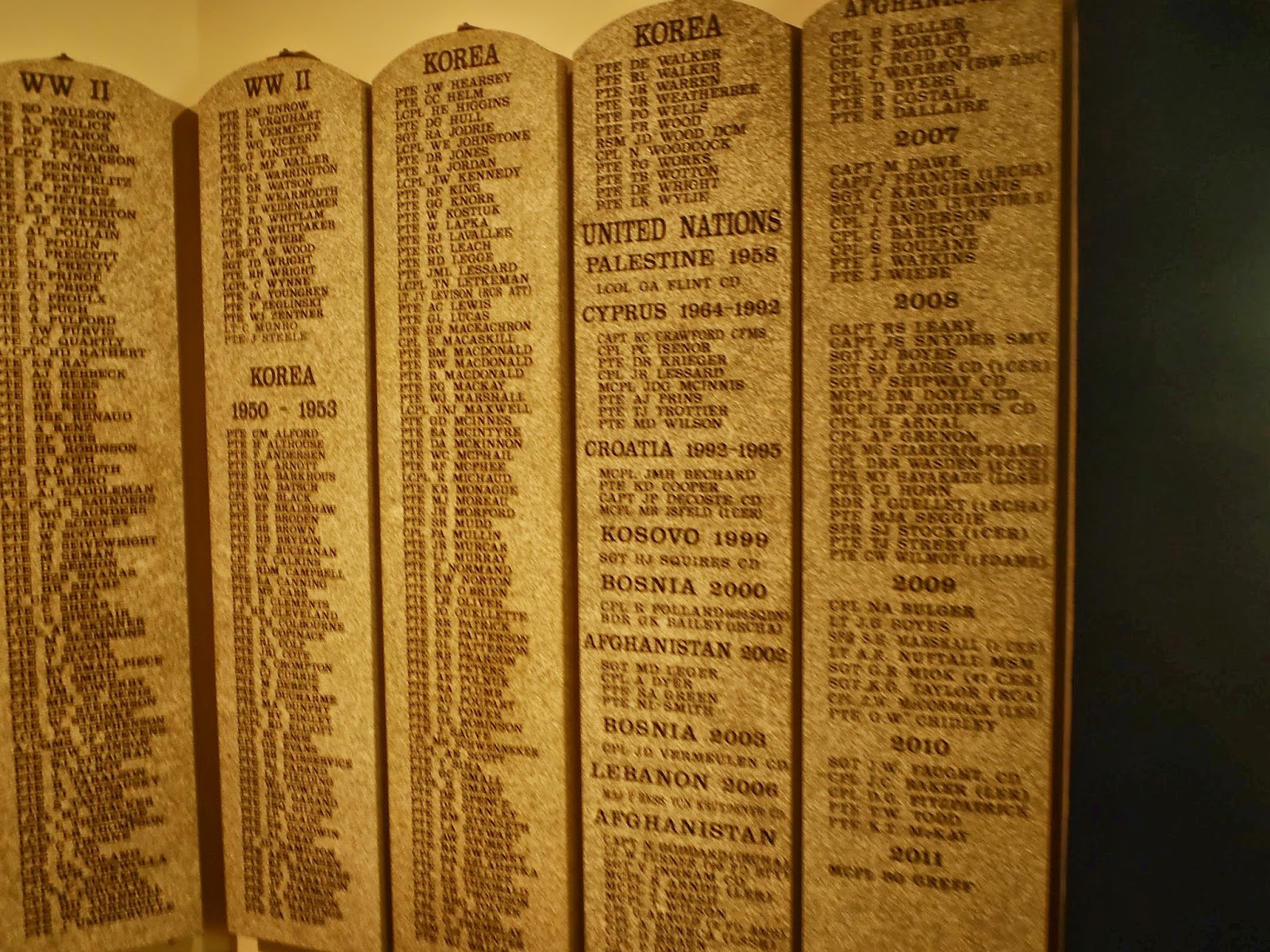 The memorial room demonstrated a few basic truths about the larger Canadian efforts:
The afternoon will be spent at other kinds of museums and checking out the city itself.

Posted by Steve Saideman at 2:19 PM