This is the time, Yom Hashoah, that Jewish folks remember the Holocaust, as the date was apparently set to coincide with the anniversary of the uprising in the Warsaw Ghetto--the most notable but not the only time Jews fought back.  Some disagree about the timing, but what I find a bit frustrating about discussions of the Holocaust is how focused it is on one group.

I know that distant relatives of mine were killed by the Nazis because they were Jewish, but I cannot help but notice that other people died as well for just being who they were.  The Nazis killed gays, Jehovah Witnesses, Roma, folks on the left side of the spectrum, the disabled, and so on, totaling at least eleven million.  That does not include those killed by the wars that Hitler started, which included a fair amount of less organized and less focused killing of non-combatants and prisoners of war in addition to the tens of millions killed in combat (more Soviet than anyone else by far).

I was reminded again of this just the other day in Paris: 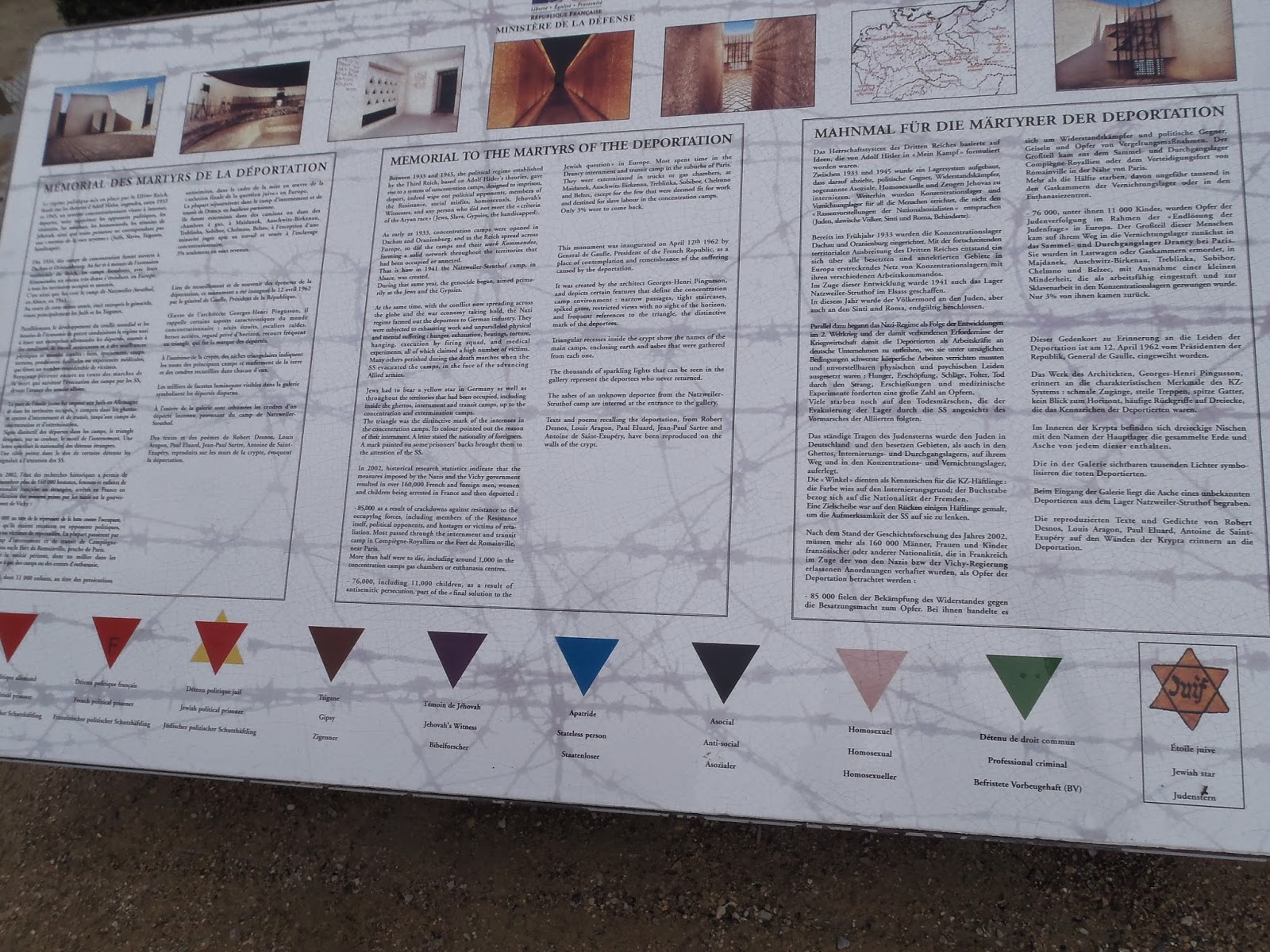 The triangles of many different colors mark the various groups that were identified for potential/actual deportation to the concentration camps.

My point here is simply this: we need to remember all of the victims of the Holocaust--the Jews and everyone else.  It was genocide and then some.  Remembering the other victims does not diminish the crimes committed against the Jews.

Posted by Steve Saideman at 8:26 AM