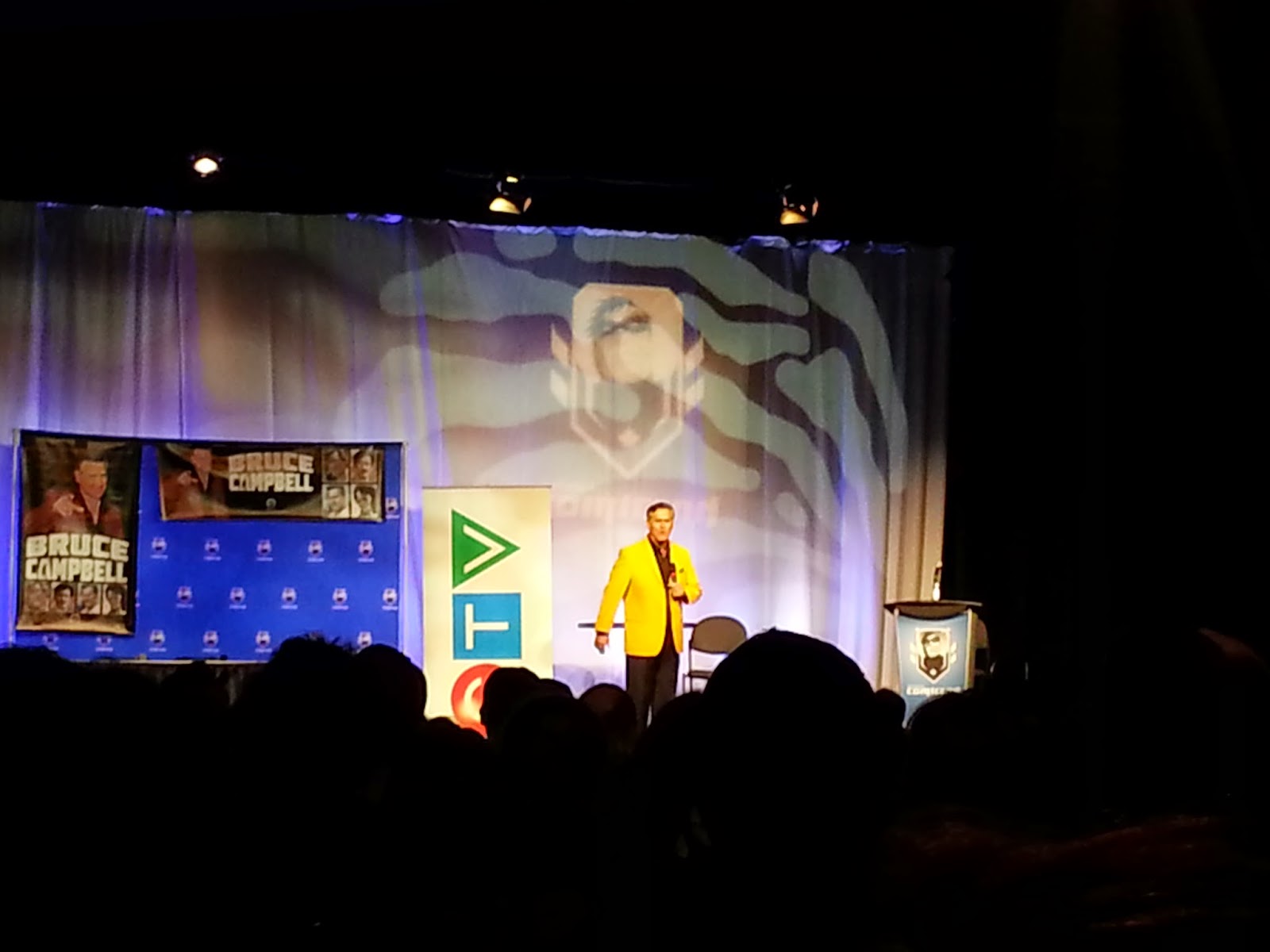 Today was day two of the Ottawa Comic Convention.  I only partook of today's events while my wife and daughter got three day passes.  Why today?  Bruce!  Not Springsteen but Campbell, of Brisco Country Jr, Evil Dead, Army of Darkness, Burn Notice and heaps of B movies.  His question and answer session was actually mostly of him asking questions of folks in the crowd and then snarking at their answers.  Delightful. 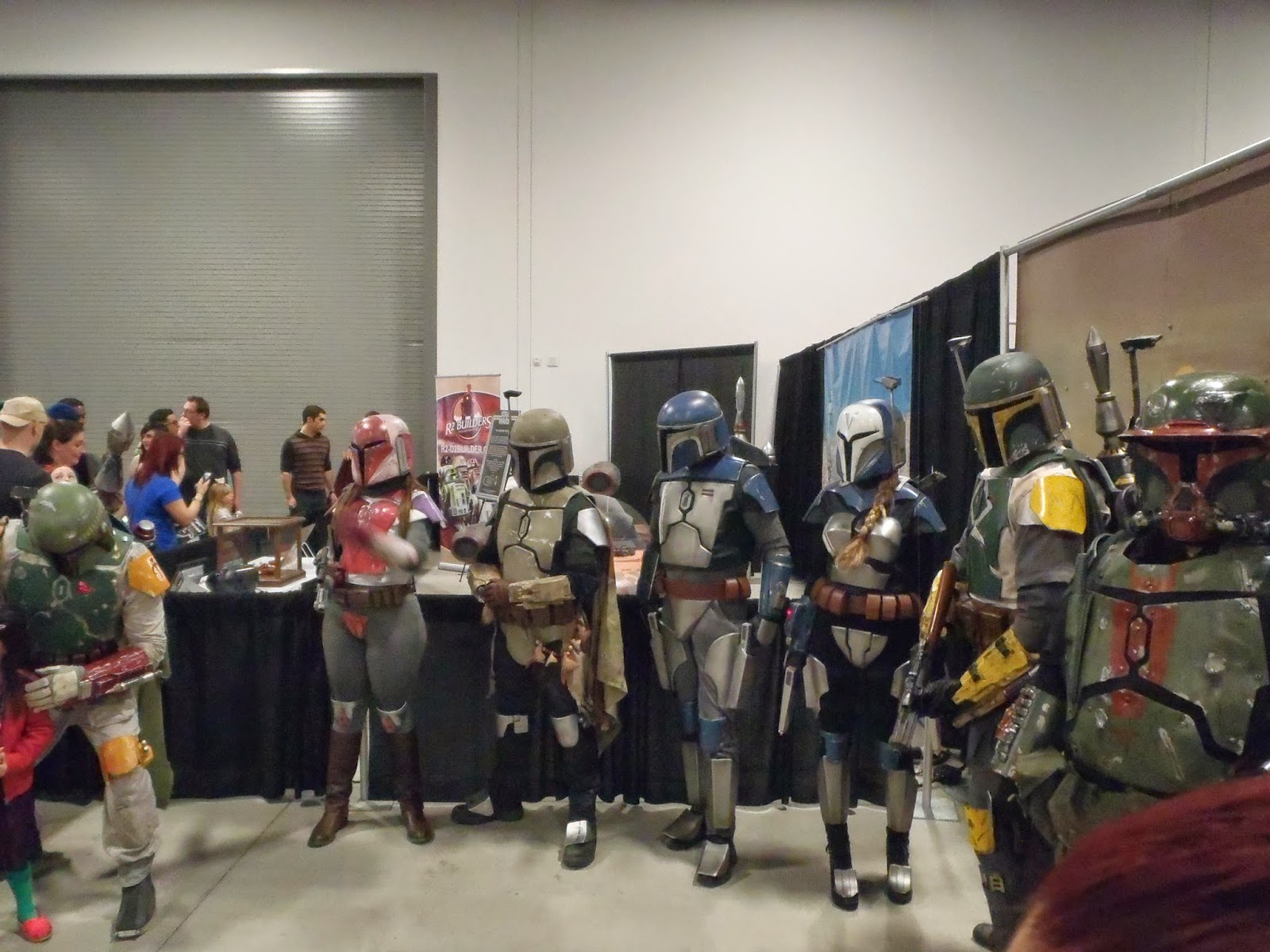 I tweeted early before we all lost internet that just waiting on line to get in was quite revealing in how much stuff there is out there in the geek/nerd/pop culture universe, as there were so many costumes that I did not recognize.  Also reveals perhaps how narrow my tastes are since I do not play many games, that I never collected too many non-Marvel comics, and never got into anime and other stuff.  Still, I had fun noticing the many Captain America's (definitely the most popular costume), the many Harley Quinns, the various denizens of the Star Wars universe, and many, many others.  Lots of creative people with money and time to invest in this stuff.

The most amusing one had to be this stormtrooper: 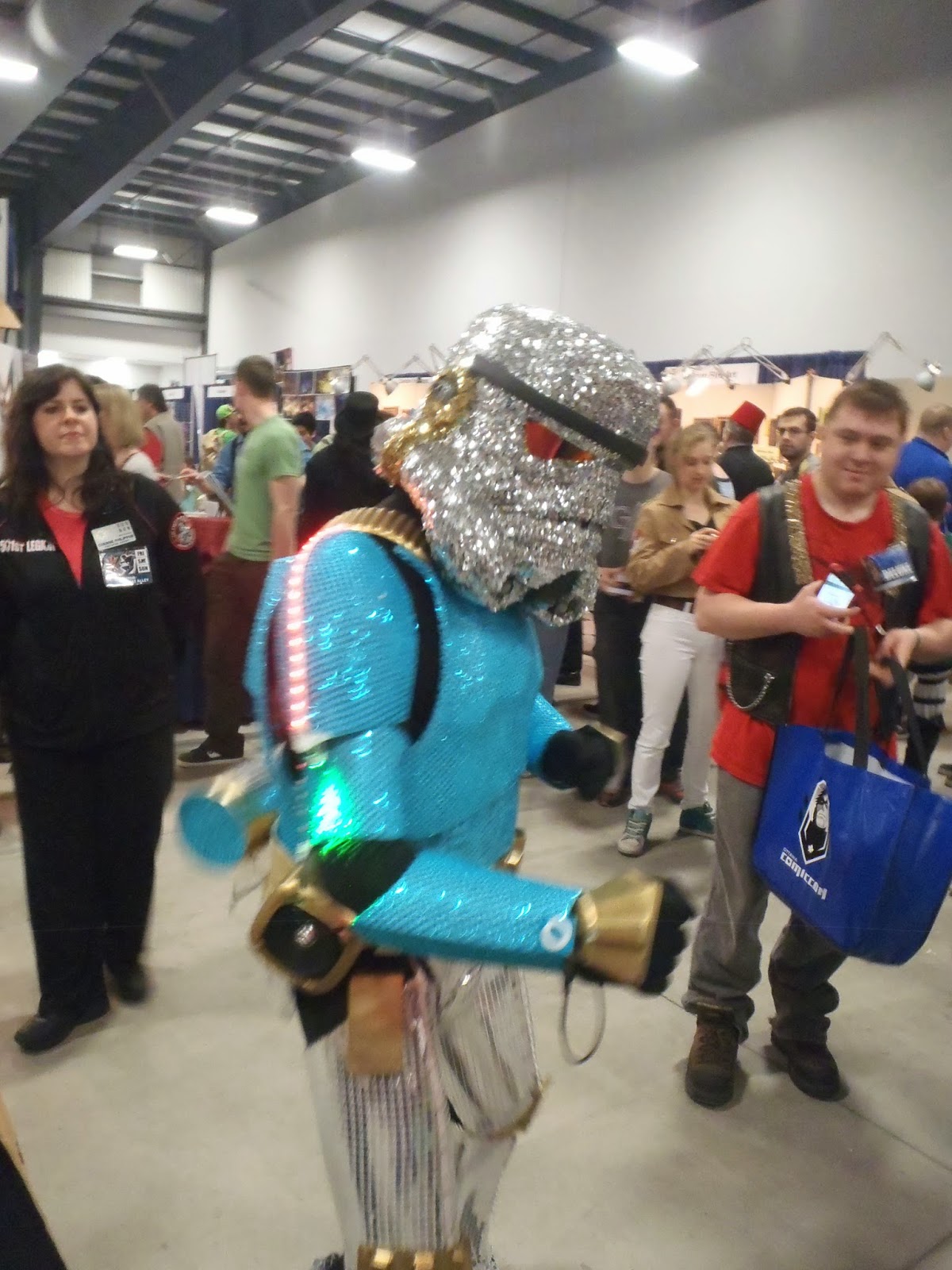 Overall, a silly, fun day.  Now I desperately need to catch up on certain summer movies.  Excelsior!
Posted by Steve Saideman at 8:08 PM