For the first time in more than a decade, I spent Independence Day in the U.S., but only technically so.  I was invited to go the U.S. Ambassador's residence in Ottawa for his big party, and I was most happy to attend 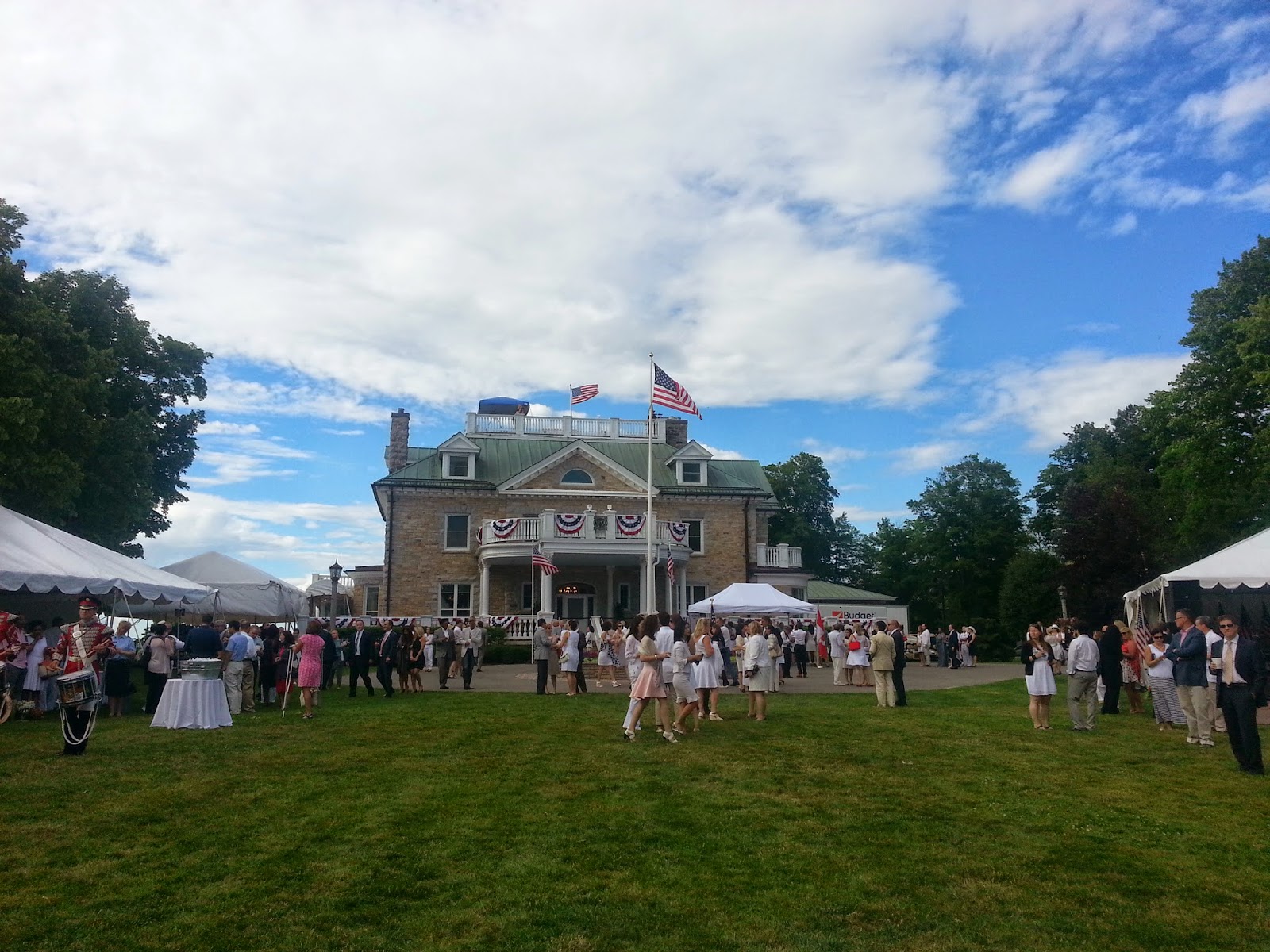 Amb. Bruce Heyman, his wife Vicki, and their daughter threw a very nice party indeed.  The crowd was huge, the food was aplenty (the dessert bars made me feel back home in the US---heaps and heaps of choices, some healthy, most not, depending on how you code m&m's), and the music was good.  I only recognized a very small handful of people at the event, but noticed the heaps of defense attaches from around the world that are based in Ottawa (their uniforms stuck out).

Both Canadian and American national anthems were sung.  I have been in Canada long enough to notice when the singer sings the bilingual version of O Canada and when they do not.  As this event was chock full of good protocol, the version sung here was the bilingual version.  Alas, the singer who sang the American national anthem did not make as good an impression, losing his way once and substituting truth for proof through the night that our flag was still there. 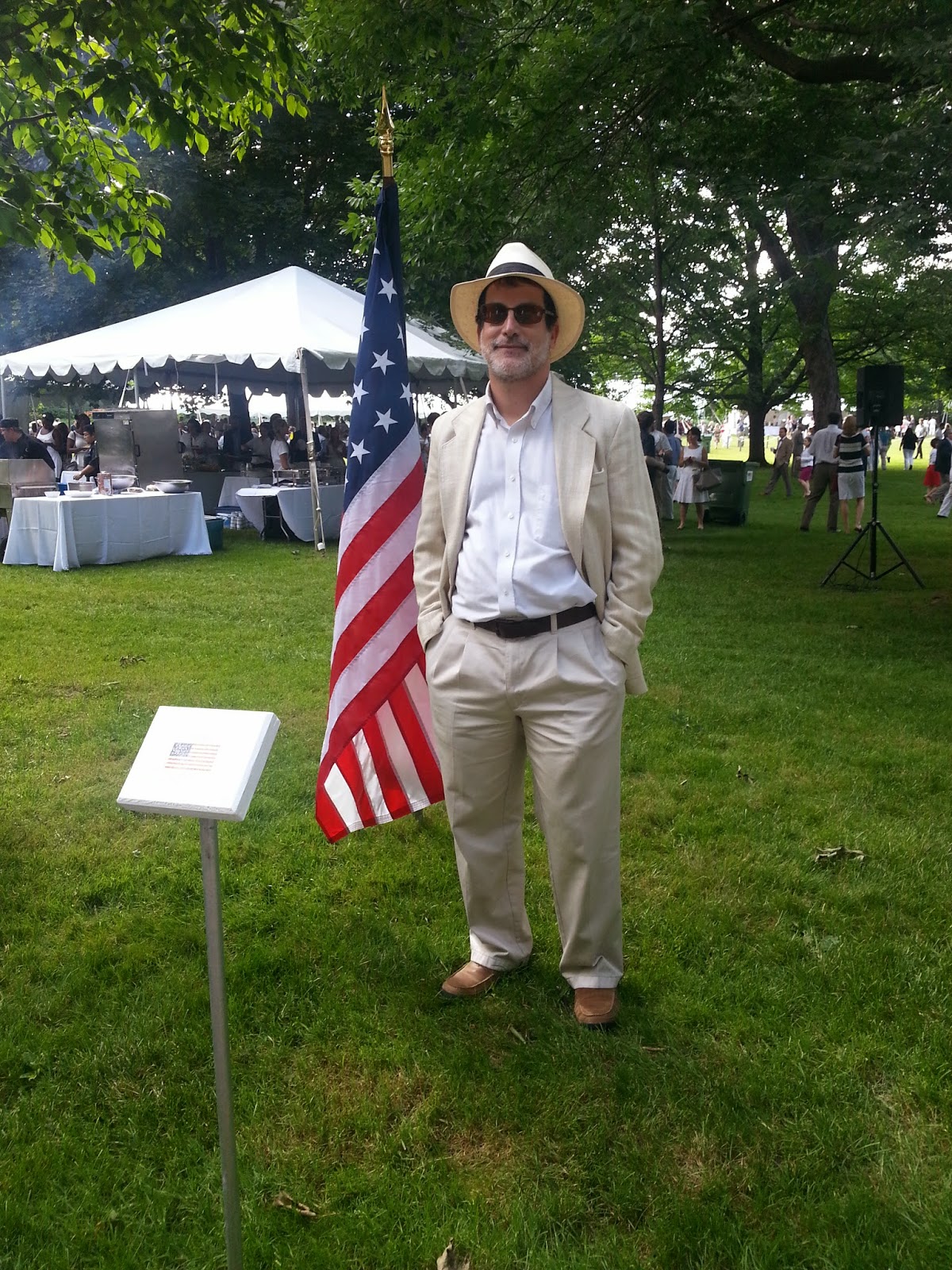 The biggest challenge of the night was figuring out what would count as "summer whites" which is what were listed in the invite as the expected dress (embassy invites almost always include some mention of the expected dress so as not to produce embarrassment).  Nice to know that what I wore when I graduated from college still works:

The funniest thing to me was the effort to get folks to tweet or instagram the event at #July4lornado.  Lornado is the name given to this building/residence/mansion/place.  I guess this is part of the Ambassador's effort to do heaps of outreach.  Anyhow, I was already live-tweeting so I had no problem adding the hashtag.

No fireworks as the party ended before dark, but it was nice to be among Americans and friends of America on the Fourth of July.  Oh, and, yes, the cupcakes were quite good.

Email ThisBlogThis!Share to TwitterShare to FacebookShare to Pinterest
Labels: us-canada