My brother-in-law is a law prof, and a damned fine one.  He has written good stuff beyond law reviews. I have always been impressed with his hard work during the family summer vacations as he works really hard to beat the law review submission deadlines that are late in August every year.

I say this as a caveat before I get brutal about distinguishing law profs from the rest of professor-dom.  Why?  Because a law prof has published a piece at the Wall Street Journal that basically calls for Israel to violate the Geneva Convention--that attacking civilians is hunky dory with him (swell, spiffy, too legit to quit, etc). [Pretty sure my law prof brother-in-law is horrified] 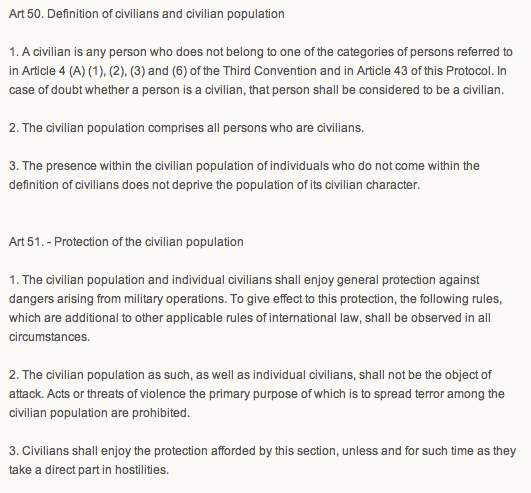 The first thing to ponder is who is this guy?  Thane Rosenbaum is a law prof--that was one response I saw on twitter.  Well, my first response is to say: law profs and prof profs are two different species.  Law profs do not generally have PhDs.  Which means that they did not have to pass comprehensive exams that demonstrate a mastery of the relevant literature.  They don't have to pass dissertation proposal defenses or dissertation defenses or write dissertations.  Which means that they don't have to be able to design research, defend the design or defend the research.

Their primary form of publication is in law reviews.  Law reviews are not peer reviewed despite the name--they are reviewed by law students. [Update: Ok, some are.  That this guy has not apparently published much in law reviews of late suggests that the system works, I guess]

To be fair, not all law profs are hacks [update: I was pointed to here by Phil L.].  And not all other forms of profs are devoid of hack-iness.  But if you are a law prof advocating for the use of violence against civilians, you suck as a law prof.  You suck as a human being as well.  If a political science prof wrote something like that, one could possibly imagine that there is a strategic logic for how civilian casualties might work.  Indeed, there have been such folks who have argued that civilian victimization is a workable counterinsurgency strategy.  That does not mean it is right, but that it might work.  A law prof should be arguing about whether something is legal or not.  But I guess if you don't read the Geneva Convention, then you don't have to worry about such arguments?

Oy.  Oy on stilts.  This guy is not doing anyone any favors.  Except the WSJ which will now get more hits.  Lovely. (No link from me).  So, what is my point?  That we should not hold law profs to the same standard as other profs since they don't have to do what other profs have to do to earn their credentials?  Maybe.  This guy makes me think: yeah, maybe.

"You suck as a human being as well."