Guilty.  With the Malaysian plane crashing in the Ukrainian war zone, it is easy to start blaming folks.  It may not be the Russian separatists.  It might not have been shot down by missiles.  Lots of stuff could have happened.  So, I am going to speculate anyway because that is what we do either implicitly or explictly.  I prefer to be explicit.

What we do know is that commercial aircraft were flying over/thru a war zone.  This should be the first WTF question.  The Ukrainians said that they would not fire at any planes over 7800m apparently.  How reassuring is that?  The FAA decided months ago, before there were a series of planes (and helicopters) shot down in the region, to ban American planes/pilots from flying through this area [or not, see comments].  Why didn't other authorities (Dutch, Malaysian, European, ICAO) re-direct flights from here?  We know, thanks to the Vincennes disaster, that commercial planes flying over a war zone might be confused for something else.

Some might say that something else caused this plane to fall out of the sky: bomb, pilot error, malfunction.  But given that the plane crashed in an area where anti-aircraft activities had been quite energetic and relatively successful, I think Occam's razor would cut all but the missile explanations.  Three different sets of actors could have launched a missile to this height--about 33k feet or 10km: Russia, Ukraine, and the Russian separatists.  All had access to weapon systems designed to knock down high flying planes.  Ukraine inherited Russia's anti-aircraft technology when it split from the Soviet Union.  The separatists apparently captured Ukraine's systems (the web is chock full of pics and claims on social media by the separatists that they had these missiles).  And Russia has what Russia has.

It is very unlikely that Russia would have shot down this plane.  No rational reason to do so (would only escalate a conflict that they have been kind of hoping to go onto the back burner), and unlikely to accidentally shoot down a plane over Ukrainian territory.  The separatists and their fellow travelers might blame the Ukraine government for staging such an event.  Again, this is unlikely as things were more or less moving in Ukraine's direction lately with some victories on the ground.  Why cause a major international crisis and hope that the other sides gets the blame?  That is a very dangerous game, and unlikely when, again, things were not getting worse but potentially better for Ukraine.

The separatists?  Well, knocking down planes and helicopters has been its primary means of imposing costs on Ukraine.  With significant losses of territory, offensive land operations seem not to be a good option to make Ukraine hurt.  But knock down expensive and very visible symbols of Ukrainian military might (relatively speaking)?  Yes, that makes sense.  So, if I had to bet, I would bet that the separatists did this by mistake.  They wanted to shoot down Ukrainian military aircraft and had gotten pretty good at it.  Governments try harder, usually, to avoid such mistakes, but then again the US shot down an Iranian passenger jet in 1988, the Soviet Union shot down a South Korean plane om 1983 and so on...

Will we find out the truth?  Probably.  There are far more intel assets dedicated to watching this part of the world than the waters to the west of Australia.  Will everyone buy into the explanation with the best evidence?  Probably not.  I mean, if tweets touting the success of shooting down a transport plane are being erased, then denying reality is likely to be the order of the day.

Again, I could be wrong about all of this.  So take all of this with a large grain of salt. 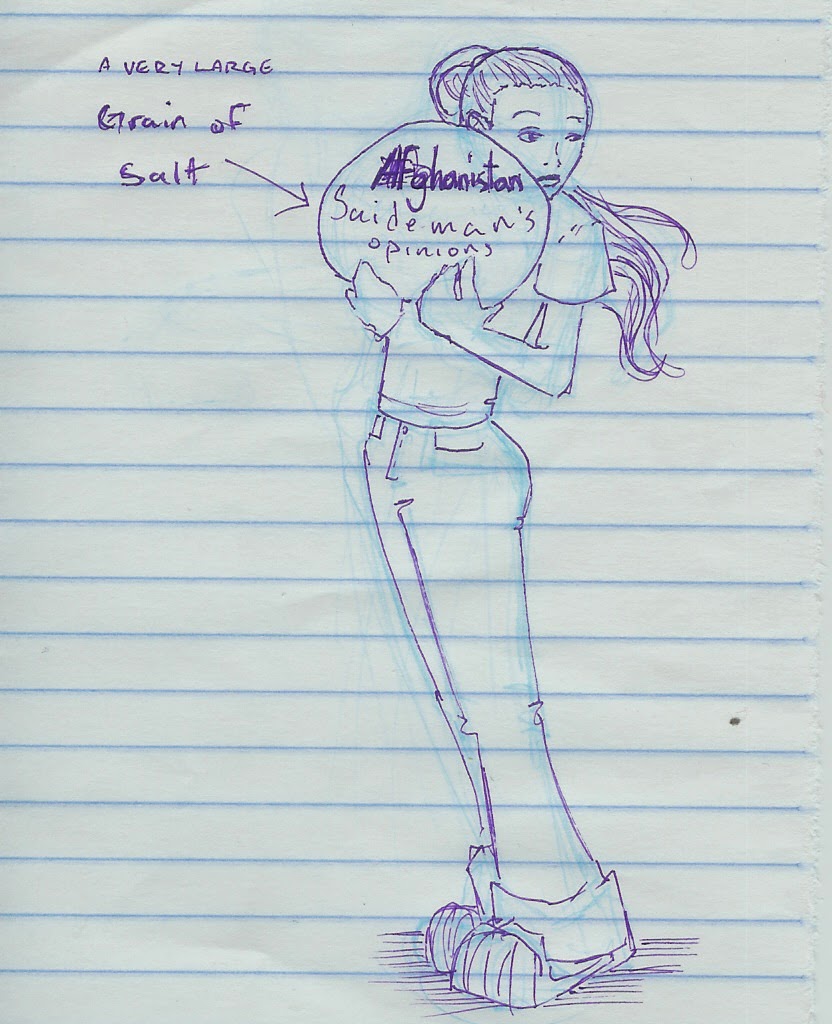 Posted by Steve Saideman at 2:59 PM

NB: The April 25 FAA Special Notice only applies to the Simferopol (UKFV) Flight Information Region, which does not include where this flight went down.

Really? Crap. Facts are so damned inconvenient. Do American airlines fly this route?