Many of the players in this year's tourney, including many on #TeamSpew, are new to the game.  The basic instructions are at http://www.twitterfightclub.com/.  But what does it mean to twitter fight in TFC15?  Each round of the tourney, each player will face another player and they must out-tweet them to both the public at large and a panel of judges.

Yes, it is in part a popularity contest, which is why I tended to draft twitter-ers who have more followers.  But the people with huge followings often do not engage in the game seriously, so they often don't win the votes of the judges.

So, again, what does out-tweet mean? 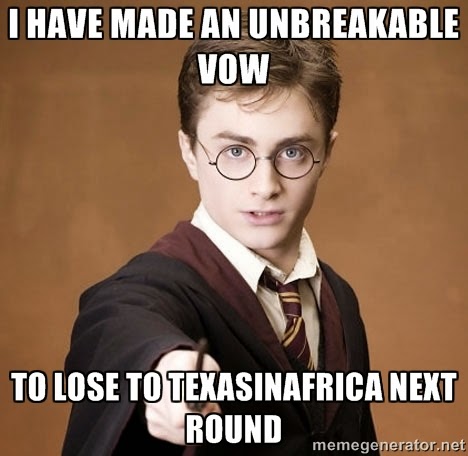 I have already seen a number of players make amusing boasts and offering challenges.  The key is to keep things in the spirit of the game.  I have made more than a few friends and some valuable connections with the people who defeated me, those who I beat, and those who were in other parts of the brackets.  Twitter fight club may seem like a time suck, but it has been very, very good to me.

Posted by Steve Saideman at 9:26 AM