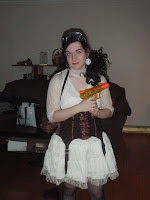 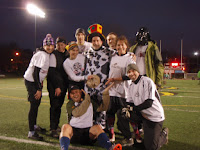 Between Kid Spew becoming College Spew and the move to Ottawa, Halloween is both more and less than it used to be.  So, I wallowed in my FB "on this day" for a while, enjoying the pics of my daughter in costume, of me with my Montreal fall ultimate team (General Admission), and of my costumes for UNICEF fund-raising at McG. 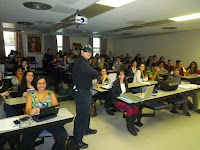 On the bright side, our neighborhood, with its 60 plus kids, gets in the spirit of things with many decorations including some very creative stuff.  And tonight, even if it rains, we will be swarmed as our densely packed block is seen by those near and far as prime trick or treating territory. Hopefully, we bought enough candy this year so that Mrs. Spew will not panic.
Posted by Steve Saideman at 10:04 AM

Email ThisBlogThis!Share to TwitterShare to FacebookShare to Pinterest
Labels: nostalgia