Better To Be Lucky, Blackcomb Edition

I am spending a couple of days skiing at Whistler/Blackcomb.  I was determined to come back after spending only a couple of hours skiing here two years ago.  Today was a pretty unique day in my skiing experience.  How so? 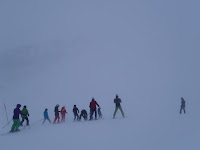 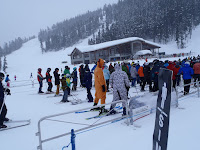 I have one more day, and I bought the "fresh tracks" package--get the first lift up, it includes breakfast and then I get first shot at the slopes with 650 other folks.  More snow in the forecast, more wind which is supposed to decline in the afternoon.  Which means I need to save some energy to ski the bowls/ridges in the afternoon if/when they get opened.

And yes, I know I am lucky despite looking, um, miffed? 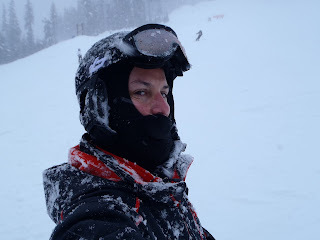 Posted by Steve Saideman at 9:48 PM