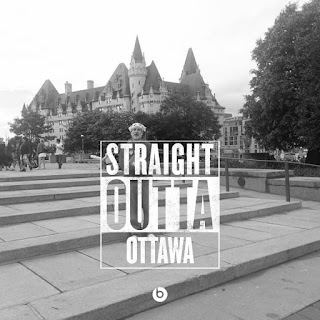 I was having a beer with a former student earlier in the week when she informed me that she was leaving Ottawa for Toronto since Ottawa sucks.  Well, sucks for her since she does not want to work for or with government.  My response was: huh?

I love Ottawa.  I remember my old students wondering why I would leave exciting Montreal for boring Ottawa, and my basic response was middle-aged Steve does not partake much of Montreal excitement except for the comedy festival.

But the real story is this: Ottawa is a super-exciting place to be if one does International Relations.  Today, I had a meeting with Brazilian diplomat to prepare for my research in yet another country I know not well.  We had a very interesting conversation, and then I drove home.  Easy peasy.  Engaging the diplomats in town both for my research and for my general engagement has been a key plus in living here.

It has been almost four years since we moved to Ottawa, and it has been such a great ride.  I have had far more interactions with those in and near government, learning all kinds of stuff that is handy for my research, useful for my teaching and/or just plain fascinating.  I got in this business of professing mostly because I am intensely curious.  Being in a national capital let's me pursue that curiosity quite easily.

Indeed, some of my poker buddies now work in government, so I can tease them when I see them.

Oh, and grandmaster (old folks) ultimate league is starting on Sunday, so maybe I will be able to play decent defense... or maybe not.