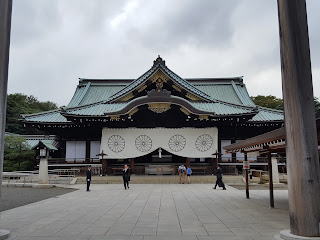 I had to visit the Yasukuni Shrine during my month here.  It is the place where Japan's war dead are enshrined (their names are written down, so their spirits are essentially here).  Kind of like Japan's Arlington, except it got more controversial in the late 1970s when the names of several war criminals were added.  This meant that every visit by politicians now carries much more weight--that they are seen by the neighbors as paying respect to those who committed war crimes.  Not good.

To make matters a wee bit more complicated, next to the shrine is a museum that is dedicated ostensibly to Japan's war dead.  What is it actually?  Well, its content has varied over time from being very nationalist, blaming FDR for luring Japan into the war, to being merely quite nationalist.  The challenge of documenting this is that one is not allowed to take pictures inside the museum (except right before the entrace--see below).  This is strange, since it is the only war museum I can remember with such a restriction.  It is not like there are pieces of art or artifacts that would be damaged.  So, I took extensive notes.

What did I note? 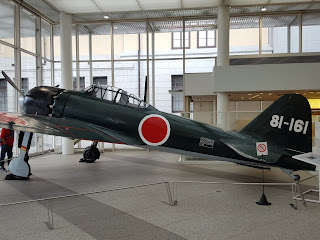 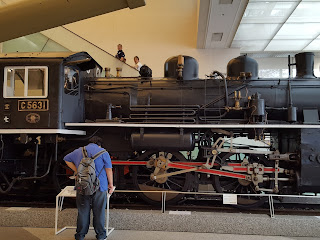 Outside the museum, there was some memorials:


At other sites in Japan, I felt a fair amount of guilt--the various shrines and other buildings that had to be re-built after the firebombing of March 1945.  Here, not so much, as the attitude presented here was that the war was something that happened to Japan, rather than something that Japan had a great deal of responsibility in instigating.  Plus the major war crimes are entirely omitted--the Nanking "incident," Bataan, and on and on. The war was especially cruel, and both Japan and the US engaged in barbaric strategies and tactics.  I have to go to the WWII Museum in New Orleans one of these days to see how stuff is portrayed there.  I may not be entirely fair, but, to be clear, a fair amount of Japanese are bothered by how the stuff at this museum depicts the war.

Perhaps I would not have noticed some of the omissions and biased portrayals had I not been expecting it, as I was warned that this museum is fairly nationalist.  On the other hand, I noticed quite quickly at the Hungarian House of Terror the map of irredentism at the beginning. One thing is clear--I did not see anything like this in Germany, where only the fringe views World War II with any sense of pride.  Here, it is not so fringe.  And for the neighbors, China and South Korea in particular, any reverence for the past gives them carte blanche to harp on it rather than moving forward.  Europe and East Asia are so very different when it comes to how countries who were enemies in World War II view each other today (with US-Japan as the main and vital exception).

Posted by Steve Saideman at 7:42 AM