I got to my apartment in the late afternoon yesterday, so I didn't have a chance to explore beyond my neighborhood until today.  To be clear, my neighborhood is chock full of restaurants (yea!) and clubs (whatever).  For today's tourism, I spent a very pretty but hot day walking around the Shibuya arrea in the morning and Ginza in the late afternoon with some recharging (multiple phones and myself) in between. 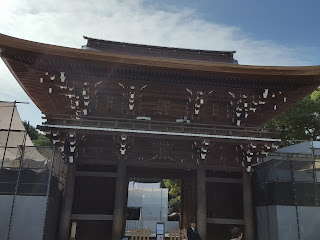 The first stop was the Meiji Shrine where the Emperor who led Japan in the late 18th century is enshrined.  He was the one who was around when Japan made the big leap, rapidly industrializing thanks to the threat posed by the appearance of American ships.

One theme of this trip may be: pretty trees. 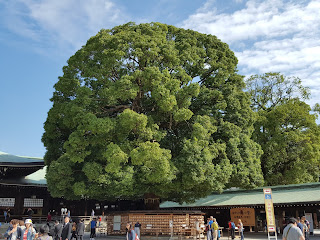 This one is just to the right of the shrine.  Big and very round. 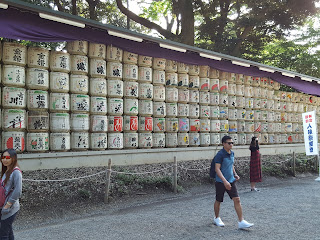 What better way to honor an Emperor than to provide many casks of sake and barrels of wine? 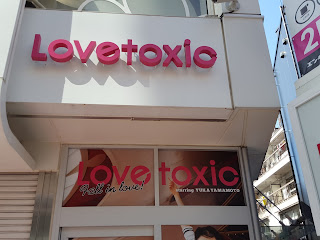 Takeshita street is chock full of candy stories, dessert cafes, and teen fashions.  And this:
Not sure what Lovetoxic is about, but I had to take a picture since strange signs get my attention (a bar called Vandalism was another example).  Lovetoxic and might of Takeshita street was closed on an early Sunday morning.  I will have to go back and check it out when it is awake. 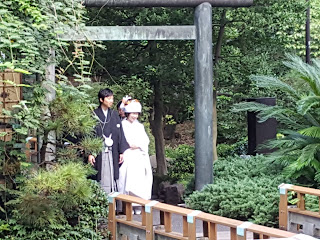 Two different weddings at the Togo Shrine, named for the admiral who led Japan against Russia in 1905. 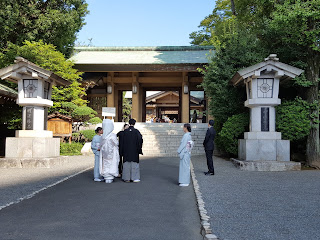 This second party was in mid-wedding as I was checking out the shrine.  See the video of their entrance. 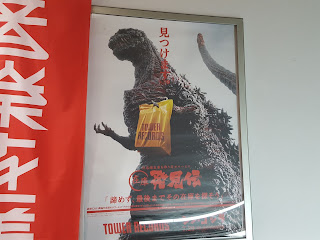 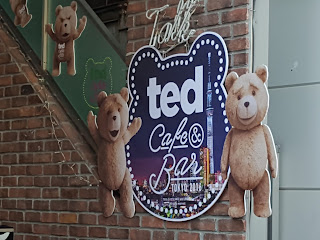 Strange cafes are a Tokyo specialty.  I was not expecting this one.  It seemed popular as there was a line of folks waiting for it to open on a Sunday morning.  I will have to come back and check out the Thunder Song... 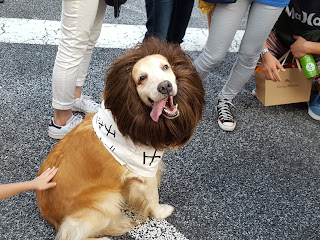 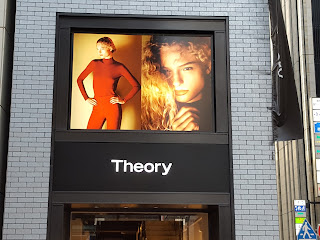 Apparently, Theory is for sale.  Not sure what kind of theory, but it would be a good complement to anthropology.

Posted by Steve Saideman at 6:59 AM