A Year of Glancing at Violence 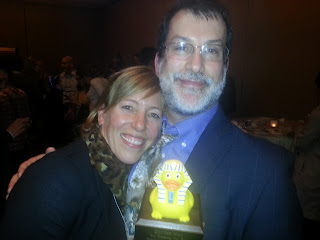 Tis the one year anniversary of Political Violence at a Glance.   My posting there has increased as of late.  Was it because there would be awards (what do we get?) for more posts and other categories?  Mayhaps.  I did join last year because I wanted to be associated with their very sharp list of contributors.  I always wanted to be in the cool kids' club.  But I had a bit of a struggle at first, since I had not done much work of late that fit cleanly in a narrow definition of political violence.  My ethnic conflict stuff is mostly in my past with my current diaspora project very much still at the "damn, the data is still a mess" stage.  My NATO/coalitional warfare stuff only occasionally bumped into the topics that were coming up.

But in recent months, I have found myself to be less shy (yes, I can be shy, really, Really!, really?).   I have been shy about posting to Duck of Minerva--only posting what I think is my better and more general stuff.  Bigger audiences mean more opportunities to embarrass myself.  The funny thing about this blog is that I did not expect for anyone to read it that much.  The idea was for me to talk to myself, and, if others paid attention, that would be ok.

And apparently, depending on the post and how I promote it, some folks do manage to read myself and respond.  My typical non-promoted post only gets a dozen or two hits.  If I post on twitter and facebook, it can get double that or a hundred times that if I am insulting IR trolls.  Hmm, trolling works?

Anyhow, it has been an interesting year at PV@G.  I do think that site is taking off.  If it only has the impact of spurring Will Moore and Christian Davenport to blog and to tweet, then it is a huge victory for anyone interested in political violence.  Of course, it has done more than that, but not a bad start.
Posted by Steve Saideman at 3:35 PM