Saudis Are Not Buds Anymore?

This NYT piece on the growing divide between the US and Saudi Arabia is shocking .... only in what it omits--that whole 9/11 thing.  Remember way back, long ago, when most of the hijackers were Saudi, when Saudi Arabia's promotion of a particular brand of Islam was rather aggressive, and so on?

I sure do.  So, we are now at the point where the President of the United States is making foreign policies that do not dovetail with the preferences of Saudi Arabia. Boo frickin' hoo.  Yes, Saudi Arabia is still important even as American dependence on its oil declines.  And we need to be careful not to scare the Saudis too much since they could go out and buy some Pakistani nukes.  Still, American foreign policy is supposed to be about maximizing American national interests, not Saudi Arabia's (and not Israel's).

So, conflict and war may not be in the American nationalist interest.  Just a guess, really, that after more than a decade of multiple wars that perhaps we have learned that violence is not always the answer, that developing imperfect agreements that further American objectives might not be the wrong way to go.

And if it pisses off the Saudis, then perhaps my enthusiasm for the agreement increases 3 times, kind of like the Grinch's heart.

and yes, this post is another example of this phenomenon: 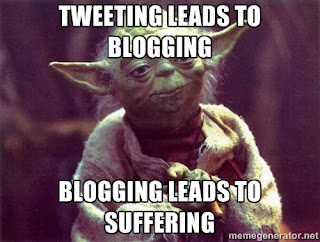 Posted by Steve Saideman at 8:30 AM