I was kind of soliciting opportunities to be a discussant rather than write a paper for the next APSA, which led to a bot tweeting me this:

@smsaideman Our tutors will write your paper for you. Send the directions to us at homeworkdoer@gmail.com https://t.co/IhDi3PytQ5
— Savan gib (@savan_gib) December 31, 2015

I think I might be ending my twitter year with the most liked tweet with the fewest retweets.  That is, my academic friends are in agreement but perhaps don't like to retweet that which has profanity.

Anyhow, I have received questions from folks:
Anyhow, some profanity today because I happen to be passionate about such stuff. 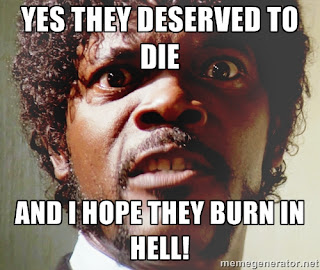 Posted by Steve Saideman at 2:05 PM