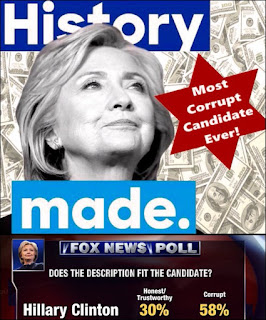 I have not spewed about Trump in a while, so I am overdue. Given the news of the weekend: posting this anti-Semitic picture on twitter and then us all learning that the pic was not created by Trump/his campaign but borrowed/stolen/plagiarized from a white supremacist website, I cannot help but vent a bit.

First, I have learned to be a bit more careful with my rhetorical devices on twitter:

Oops, as I got a slew of folks tweeting at me the long history of Trump's anti-Native American slurs from the recent Elizabeth Warren stuff to his rivalry with Indian casinos.  What I was trying to say there is that Trump is a white supremacist who has targeted pretty much everyone who is not a white male.... ok, non-disabled, non-POW, white male.  I keep forgetting what he said most recently about LGBT folks.  Still, the basic point remains: his white supremacism is actually quite consistent.

Second, the consistency is Trump--he has been doing this stuff longer than this campaign: his Birther obsession. So, one cannot just say it is strategic or tactical.  It is the man himself.   So, when Trump uses the phrase "American First", it probably is not due to ignorance (although his shallow dumbfuckery can often be Occam's Razor in all of this), but due to his affinity for white supremacy, fascism, and all that stuff.

Third, CNN is dead to me.  Spending heaps of money on hiring a failed hack, Corey Lewandowski, who happened to have assaulted a journalist is really the step too far.  Corey spent yesterday defending the tweet.  CNN, you have lost whatever corporate soul you had.  The boycott starts today. 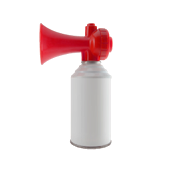 Fourth, the big question is how long will the damage last?  Has Trump done for the GOP what Pete Wilson and others did for California--kill the party for a generation or two?  The country is increasingly diverse, yet the GOP moved from dog whistles to air horns.

Forget about losing African-Americans for another generation thanks to the tolerance of the birther nonsense.  How about losing Latinos for a generation or two as they become an increasingly important force in US politics?  Sarah Palin's "Real America" in 2008 was subtle compared to this, and that was already a call for self-marginalization of the party--white, rural voters uber alles.

Fifth, I understand why #NeverTrumpers want to call Trump Liberal since that is a way to get Conservatives to not vote for him, but Trump's only consistent ideology is ... white-supremacy.  His policy stances are all over the place and change regularly depending on what he heard most recently or who he is talking to.  The "the rules don't apply to me or rich people" is not American Liberalism.  I don't think Trump is Conservative either, because Trump does not have much in the way of conservative values either. Well, any values.

The more this goes on, the more we need an election outcome that is a landslide to demonstrate how intolerant we are of this intolerance.  Probably will not get quite the landslide I want since HRC is not loved and because polarization means that many Republicans will vote for Trump regardless of what he says and because the number of white supremacists out there are, alas, more than we want to think.

Remember that some of the most important elections in US history were not landslides (e.g. 1852, 1860, 1896, 1912, 1968). Trump is so dangerous to the GOP because he is cutting ties with the remaining minority groups that the party wanted to leave space for: Jewish-Americans, Cuban-Americans, Asian-Americans, the Slavic diaspora. Democrats showed in 2008 and 2012 that it was possible to easily win the electoral college and 50% of the popular vote with a left-leaning platform that didn't appease Southern whites, especially in Appalachia. That's why the attention towards culturally conservative, working-class voters in the Rust Belt (that Trump's nativism and protectionism could appeal to) has been such a waste of time; the Dems already lost them some time ago.

So, "GOP legislator" and "RNC employee" continue to rise up the ranks of the US' worst jobs.