Woot for Canada, 150 years old!!  Really? Well, it depends on who you talk to.  The date refers to the signing of the British North America Act unified most of what is now Canada into the Confederation (sorry, New Foundland, better late than never, eh?).  But it gets confusing since that was not independence day, which some would consider in 1982 when the British "patriated" the Constitution.  I have no idea what that really means, except, hey, constitutional revision is your problem, iceheads!  Oh, and the previous government kept considering the War of 1812 to be the first major military victory of Canada even though, well, Canada did not really serve as an actor in the conflict.  Some would point to Vimy in 1917 when the Canadian forces in World War I first served as an independent unit (even though they were still under British command).

My knowledge of Canadian history is not that great.  So, instead, I will celebrate Canada by listing 150 great things about this place that is now home to me, Mrs. Spew and sometimes College Spew (Maclean's list is here)--and in no particular order. 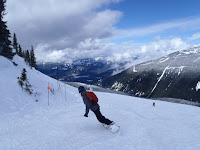 Happy Canada 150 Day, folks!
I am very glad to be a Canadian for two years,
a resident for 15, and a fan for life.