The survey of GOP attitudes about higher education is getting heaps of play and deservedly so (see this tweetstorm that shows how recent the change is and how it is by folks who, surprise, didn't go to college).  It is striking that colleges and universities would be so widely feared (yes, feared), given that higher ed has been a key source of: economic growth, upward mobility (until lately, I guess), innovation and bad movies about lecherous professors.  I am not going to document the war on college as Dan Drezner has done a fine job of it.  It might be an exaggeration that the right have demonized universities, extrapolating whatever happens at Oberlin to make it seem like universities are left-wing mind-control machines.  But it ain't far off.

To be clear, this is not that new, as roughly twenty years ago, I encountered a group of freshpeople who had been warned about the darkness that awaited them at university: that THEY teach evolution here (at Texas Tech).  I didn't expect these students to be the harbinger of things to come, but in a sense they were.  The right-wing media with assists from the mainstream have done much to demonize colleges and universities. Yes, more profs are to the left of center than to the right.  Yes, students leave university with changed attitudes and believes because they get exposed to different ideas and an abundance of facts and to, gasp, different people from their hometown.  They leave... more educated (but not more left wing). 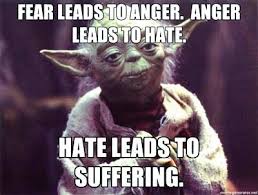 And that is the threat and that is what is feared: the GOP and its allies have moved away from principled stances on the issues and rely more heavily on fear (all parties rely on some fear-mongering, but the emphasis and the targets vary and matter).  What is the best cure for ignorance and fear?  Most folks say education.  So, yeah, warring on college over the past twenty years makes sense, as the GOP, facing an inability to appeal to the next generation via ideas, has to try to deny them the training and knowledge that might make it harder for the party to peddle its toxic brew.


While colleges and universities could serve the public better, it is important to remember that many of them are public institutions, and their problems are often the product of bad public policy.*  Much of the increased expense of universities is due to states providing less support for state-run universities.  That the debt burden on students and graduates is a public policy problem, that could be ameliorated if politicians were willing to do something about it.

Oh and about those pesky protests that alienate the right: we had them in the 1960s yet universities remained engines of growth and innovation for the following decades anyway.  So, yeah, this is another example of the GOP/Fox/etc undermining American institutions because it is good for the party even as it is bad for the country.  A familiar dynamic in a book I co-authored, but one that is more destructive in the US than we could have guessed.


*  Dan mentions a natural experiment about folks choosing not to go to college.  I would argue that there has already been a public policy impact--the decline of state support for universities.  Only late in the game have some (Arnold Schwarzenegger!) realized that more money going to prisons than universities might just be a bad idea.