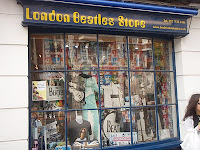 I am always surprised that I have only been to London three times: one long trip more than twenty years ago as part of a summer educational experience, one long weekend last year as part of a workshop, and now another four days for a workshop on military adaptation in Afghanistan.

So, what I have seen and learned?  First, I was surprised to see a separate line for students at Customs at Heathrow.  Students?  I almost whipped out my McGill ID to get in the shorter line.  Second, I cannot remember another airport where the TV screens at customs were telling people that they must declare asylum at the airport or else they cannot do it at all.  Hmmm.  Asylum.   Nope, not this time. 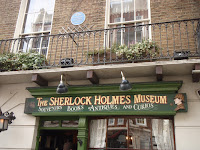 I spent the afternoon walking in the general direction of Regent's Park.  I found a store dedicated to the Beatles and then a museum at 221 Baker Street dedicated to Sherlock Holmes.  I walked to Lord's Cricket field because I thought it would be cool to see a major home to that strange sport.  Was not so much because it had big walls blocking the pitch.  Alas.  Even worse, I didn't realize how close I was to Abbey Road.  Instead, I went to Regent's Park, which was lovely although way too much "football" and no ultimate.  Perhaps this is what happens to declining empires--they don't adopt the newer and better sports. 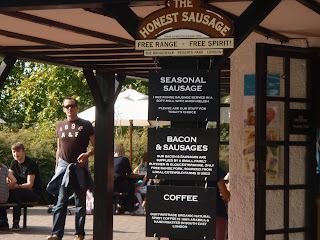 After Regent's Park, including a very  nice "Honest Sausage," I walked down a series of streets (actually the same street with the name changing occasionally), and discovered that there are far more organic, gluten-free, and such places in London than I remember from previous visits.  Healthy Brits?  Perish the thought.

Finished with beer/dinner with the delightful Stephanie Carvin.

Tomorrow, I take a train to the Cotswolds to the site of the workshop.  Yep, tis a tough job, but someone has to do it.

Posted by Steve Saideman at 5:27 PM