I really do not want to appear to be taking any enjoyment out of the current Euro crisis, but I have to ask: what the hell were they thinking when Greece was let into the Euro zone?  I have said this before but let me rant a bit to compensate for some under-blogging of late: the initial intent of the Euro zone was, as I remember it, to be open to only a subset of the European Union.  That the key was a credible ability to manage one's economy via sound fiscal policy.

So, did anyone do any research to figure out Greece's fiscal standing?  Or did the conditions not matter since the EU has been all about clean maps?  As it turns out, the promises made by the EU itself turned out to be a pie crust promise: easily made, easily broken.  And yes, this provides yet more proof that having a child has influenced how I think since I saw Mary Poppins dozens of times in the weeks my dy daughter was sick when she was 2 years old (more than 13 years ago).

As a tribute to the European Union, I thought I would illustrate the problems with conditionality with this google search, which has a Carla Bruni song among the top links found! 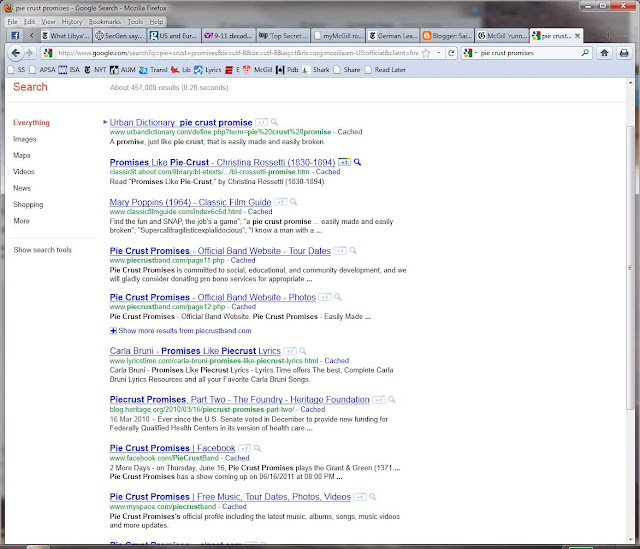 Posted by Steve Saideman at 7:19 AM