Learning While There Is Still Time


My 90 year old father was very recently diagnosed with leukemia, the side effect of medicine that kept him alive this long.  So, we have weeks or a few months left with him.  He seems to determined to live them on his terms (escaping from his first rehab place) by sharing his stories about his parents and the extended family and his own life. The good news about this is that his mind is still very much intact so most of his memories are quite sharp (except where motivated bias kicks in).  So, on the way back from winterfest with my wife's relatives, we stopped off for potentially our last visit with my father.  We always had a fairly lousy relationship, so I was determined to put it behind us.   Well, I was not entirely successful, but I learned much. 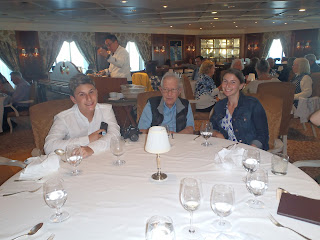 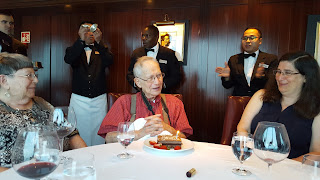 I was glad to have the chance to say goodbye, if it was that.  I have instructed my wife and daughter what they must do when I am in a similar state--mostly involving sweets like cinnamon buns and chocolate chip cookies.  While being told one is about to die is not a great thing, I do think that having a month or two or three to finish things is not a bad way to have it happen.

Anyhow, most folks don't get this kind of chance, so let them know how you feel in case you or they depart more quickly than my father will.

Email ThisBlogThis!Share to TwitterShare to FacebookShare to Pinterest
Labels: family