Ten Years and a Wakeup

Thanks to FB, I was reminded that this week was a big deal ten years ago for me.  I had one of the best job opportunities of my life and I blew it and then I flew off to Afghanistan.

While I was not yet unhappy at my old place, the opportunity to be in the DC area--both to be close to family and to that center of the IR world--was pretty damn attractive.  Perhaps too much so as I choked during the job talk.  And it was one of those that is before lunch, so I spent lunch apologizing, knowing that I was a dead man walking for the rest of the afternoon.  It turned out ok, as five years later, I got a really cool job in a great city.  So, yeah, my career has gone the way I thought it would, but I am happy with how it has worked out. 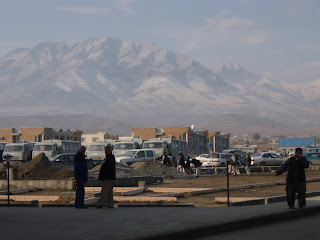 One of the strange things about that job talk was I was thinking as much about the next opportunity as the one in front of me.  In the good old days, the Canadian Dept of National Defence would take random or not so random collections of academics to wherever the Canadian Armed Forces were deployed.  This time: Kabul and Kandahar.  The timing was great both for my research and for, well, our safety.  I had just started the NATO book research with Dave Auerswald, which was originally going to compare the NATO missions in Bosnia and Kosovo to the one in Afghanistan and to the unilateral mission in Iraq.  Instead, Afghanistan ate the book, as there was so much variation in the one case, and James Blunt helped to shift our focus.  December of 2007 was also a relatively safe time to do this kind of trip--at the time, Afghanistan seemed to be the war we could win, compared to the very, very violent Iraq war in mid-surge. 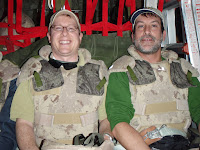 I had never been to any part of Asia, and I had never been in a war zone.  Just the experience of getting one's flak jacket, helmet, etc in Dubai where Camp Mirage was (we were not supposed to identify where the Canadian base in the Mideast was although wikipedia knew it) was startling.  Flying in a C-130 was ... loud and uncomfortable, but not a bad way to start the transition to Afghanistan.  We landed in Kandahar and had to transfer to get to Kabul, displacing a group of advisers and Afghan officers--perhaps the first hint that the priorities might be a bit backwards. 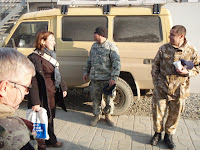 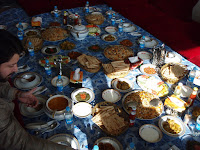 In Kabul, we were driven around in a two car convey, briefly daily on how to respond if we got attacked and told to look out for rubble alongside the roads, which might mask a roadside bomb.  Um, there is rubble all over the place.  Anyhow, we met with Afghan politicians, we were impressed by the Afghan Aussies who ran a media empire, we met with UN officials (the soon to be lamented Chris Alexander), we met with embassy folks, and we slept in NATO facilities with a doghouse with my name on it: 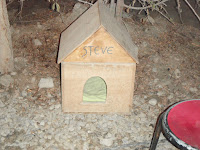 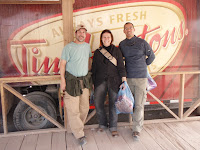 We then got flown back to Kandahar for several days of briefings, meetings and what passed for tourism.  We very much drank from the fire hose as we received a ton of info, even as we realized that we were actually a component of an information operation ... aimed at the Canadian public.  Not a great choice, I think, since we tend to be critical, but still we developed favorable views of the CAF and what it was doing.  Indeed, we even got to see the temporary detainment facility, which was presented pretty honestly--that the Canadians would hold onto prisoners if and when the Afghans treated them poorly.  Too bad the politicians back home couldn't grasp the realities of this.  We learned a lot from informal discussion as well.  We went to Canada house where the Canadian troops spent their off-hours (I finished second in a poker game!), and heard more critical takes on the mission there than in the official briefings.  We also went off and found the Canadian media tent even though we were supposed to avoid them.  Oops?  We even crossed the road to check out a boneyard--old Soviet tanks! 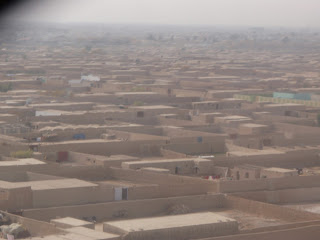 We were helicoptered (coo1!) to the Provincial Reconstruction Team, where we got to see the whole of government effort writ small-- the diplomats, the aid people, the police trainers and the soldiers.  They seemed quite cooperative, but, well, things were different back home. 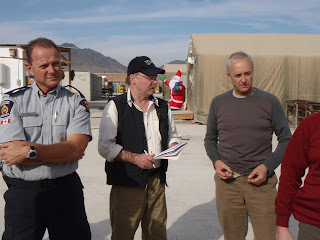 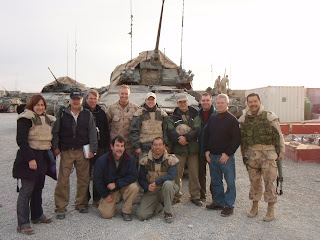 It was a pretty impressive trip, and helped me catch up quickly on the geography, the personalities, and the realities of Afghanistan.  "Wait, you are saying the half brother of the President runs this province and is the Al Capone of Kandahar?!"  It definitely made it easier to write the book.  And I got to spend a heap of time with some great Canadian scholars who are much of the backbone of the Canadian defence community (including a future colleague at NPSIA).  It almost made me forget how badly I bombed that job talk.