North Korea: Rational or What?

Some folks are arguing that a limited strike might send North Korea a message....  Um, for me, that message would be: welcome to nuclear war.  I have a hard time understanding the logics to these arguments--well, if North Korea is rational, they will understand that they should not escalate, and if they are not rational, we will have taken some of their capability away?  I guess?

I think it is far more sensible to start by assuming that North Korea is deterrable.  That way, one does not act in ways that trigger an unnecessary war, nuclear or otherwise (either of which would be devastating to South Korea, Japan and the international economy).  If North Korean leaders just care about staying in power, then:
If they are irrational, then what?  Deterrence might not work, but any effort to denuclearize NK would lead to war.  First strike?  Only if you don't mind many thousands of dead South Koreans, probably many dead Japanese, and, yes, many dead Americans based in the region.  Plus that aforementioned economic catastrophe.

Any hubris about taking out NK's capabilities to do massive harm to the neighborhood needs to confront the realities that:
Just as most IR scholars opposed the Iraq war for all kinds of reasons (wrong war in the wrong place at the wrong time by the wrong people, etc), most are opposed to the current march towards war.  Sure, there are a few voices calling for war and, lucky for them, HR McMaster is preparing his memoir (Dereliction of Duty--My Turn).  The good news is we probably won't have the blame game in ten years--where were the IR scholars--because we will be spending most of our time mourning Seattle or San Francisco or DC as well as Tokyo, Seoul, and so on.  Oh, that's not good.  Never mind.

Oh, and to make matters more fun, the North Koreans have to worry if Trump is sane and deterrable. I am not so sure. 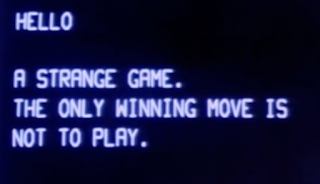