Planned Parenthood spends most of its effort on ..... not abortions. 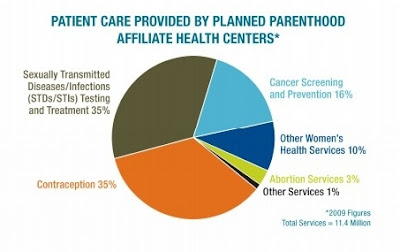 Is this surprising?  Not that much, but perhaps a bit. It is really more about STDs and contraception.  That will not it very popular with the right wing as making sex less risky is seen as a bad thing.  Plus the 3% is still going to be way too much.  0 percent would be about right.