I have blogged about those wacky Europeans before, but I have been promoted to do so again because of this story.


A glass of wine, beer or cider – but not spirits – was always permitted with lunch, including while on duty. Even packed lunches provided out of riot vans while they were patrolling demonstrations came with a can of beer or glass of wine.

Yes, the French riot police can no longer swill wine and/or beer during their lunch breaks. Sacrebleu!  Quelle horreur! 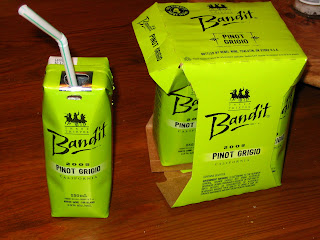 This reminds me of something I saw while I was traveling through the various US/NATO headquarters as part of my orientation during my year on the Bosnia desk of the Joint Staff.  When we were in Sarajevo, we went to the headquarters of the NATO effort.  While there, we had lunch at the cafeteria of the Italian Carabinieri.  These are the special/paramilitary police who serve as an intermediate force between police and army.  Anyhow, in their cafeteria, they had juice boxes like the kind kids have--but these did not have juice but wine.  I never heard of such a thing, but to have it available where the paramilitary police guys lunch?  Oh my!

So, I cannot say I am surprised that the French riot police are used to drinking alcohol during their lunch hour or that they would be upset at losing this privilege.
Posted by Steve Saideman at 1:51 PM