Notes from the Road this Thanksgiving

On the long drive from Ottawa to DC, the Spew Family listened to podcasts (Greg Proops, Doug Benson, Nerdist) to make the time fly by, more or less.  So, between the podcasts and being trapped with each other for nine hours, we had a few thoughts and revelations along the way: 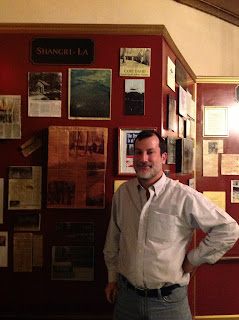 One last bit of Thanksgiving gratitude--free wifi at Starbucks!  Thanks.  Sure, I buy a drink to ease my guilt at using their wifi, so it makes sense for them.

Anyhow, again, enjoy your Thanksgiving!
Posted by Steve Saideman at 10:58 AM