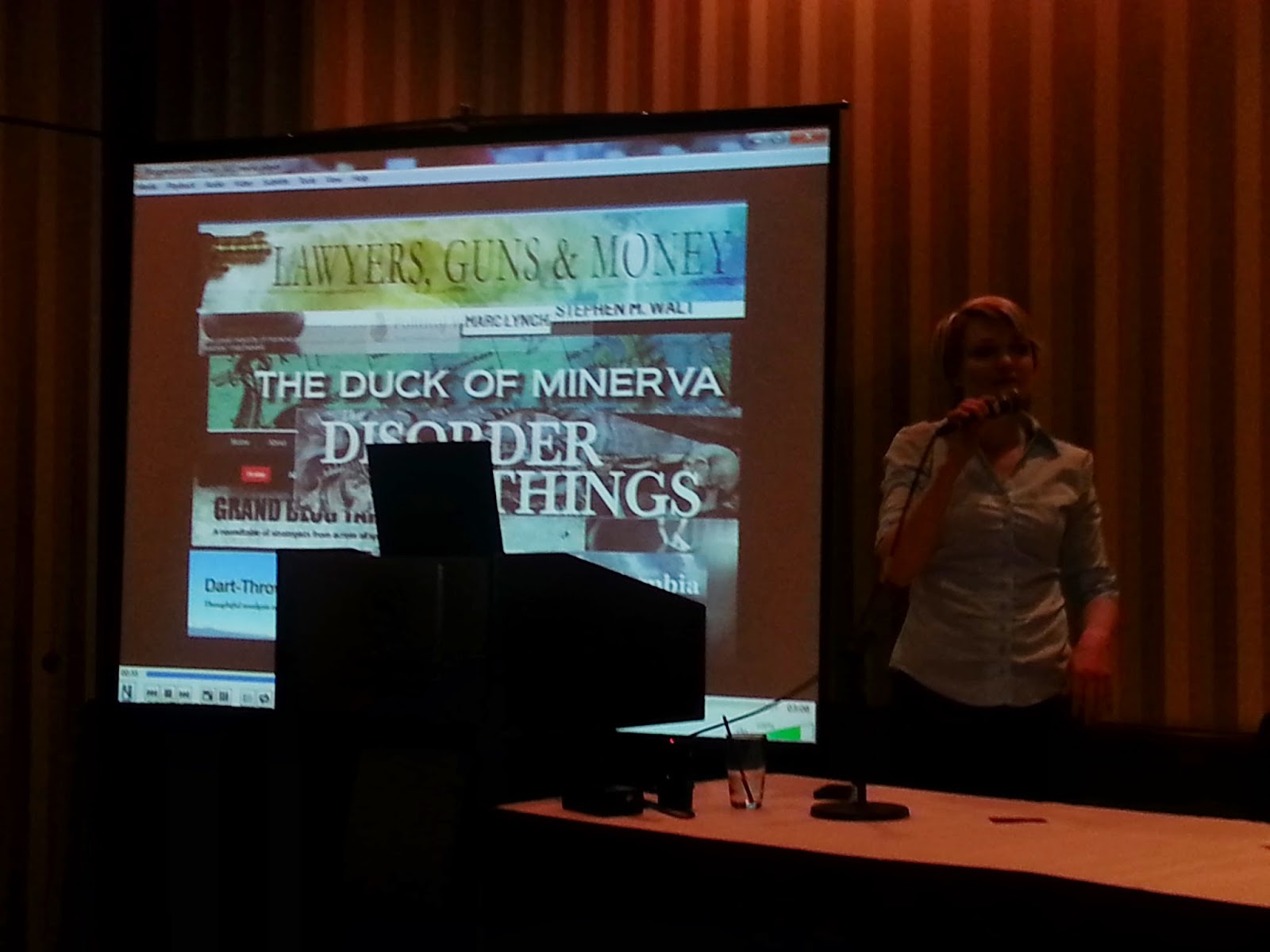 Actually, just really the best. The cold and bitter winds ended after the second day, although Vegas it was not.  And Vegas was a talking point given the revelation that the 2021 conference will be in Las Vegas, and thus fulfilling the dreams of many ISA goers.  My wife?  Probably not as thrilled.

Other than that news and the Duckies, the conference was very similar to previous ones.  For instance, serving on a panel during the final time slot means .... lots of empty chairs: 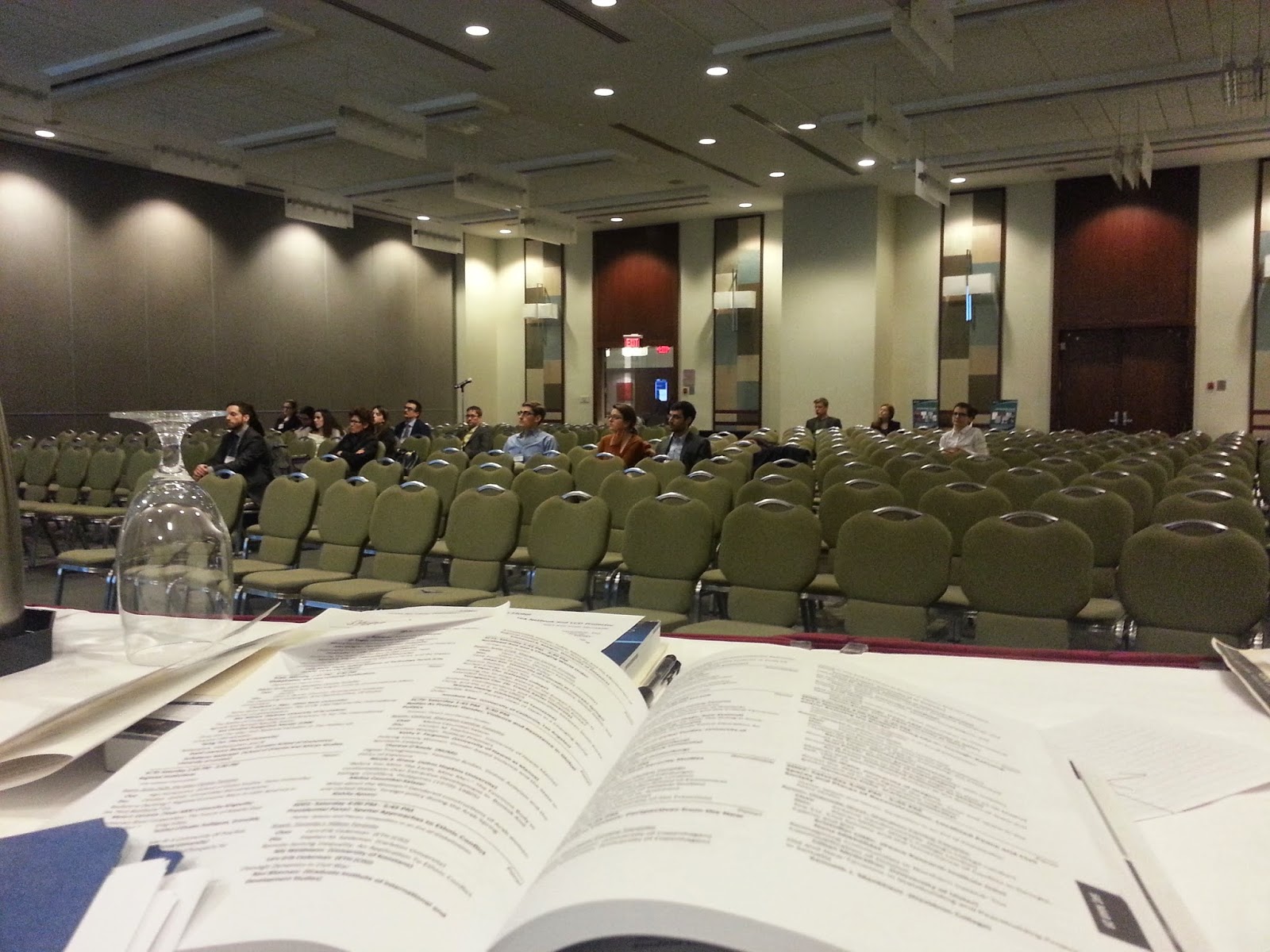 This is a bit deceptive since the large room makes the decent turnout look somewhat less good.  I was on three panels: a chair of the twitter panel that went very well, the chair of the panel that honored the Foreign Policy Analysis's Distinguished Scholar, Rose McDermott, and a discussant for this panel on spatial dynamics and civil war.  Very smart folks doing very interesting work that does not cite me enough ;)

I spent most of the conference meeting with folks, catching up with their research and other activities (and, yes, getting some gossip), constantly dazzled by the creativity, diligence and ambition of so many folks.  I had multiple meals where I was the relatively quiet person, just enjoying the fun folks at the table making me laugh.  I met with my editors, thrilled to see the new book prominently displayed and only slightly embarassed about missing another deadline (the next book goes out to the editor Tuesday, I swear!).  I met with several of my former grad students, as that relationship never ends.  Despite still suffering Australia-induced jet lag, I quite positive the whole time.  Everything is awesome, and I cannot really complain, especially with two more talks/ski trips in my near future plus a new opportunity to go to Paris in late April.

See y'all at APSA in DC (with perhaps some ultimate!).