The Return of the Steve: The End of An Aussie Trilogy

This has been my third trip to Australia.  The first was to research the book.  The second was to participate in a conference (found out this week that we have a publisher).  And the third was not about me.  Well, originally but I could not help myself.  I was invited to be a discussant for a book workshop on secession.  Ryan Griffiths of U of Sydney organized a workshop to vet his book, and asked me to come all this way.  I said no if it was only for one day, as my rule is that I must stay in a place longer than it takes to get there and back.  Given that the flights are about 24 hours each way, I needed to be here for three days.  Ryan agreed, and he was able to organize a talk for me to give on what I learned about Australia for my book. 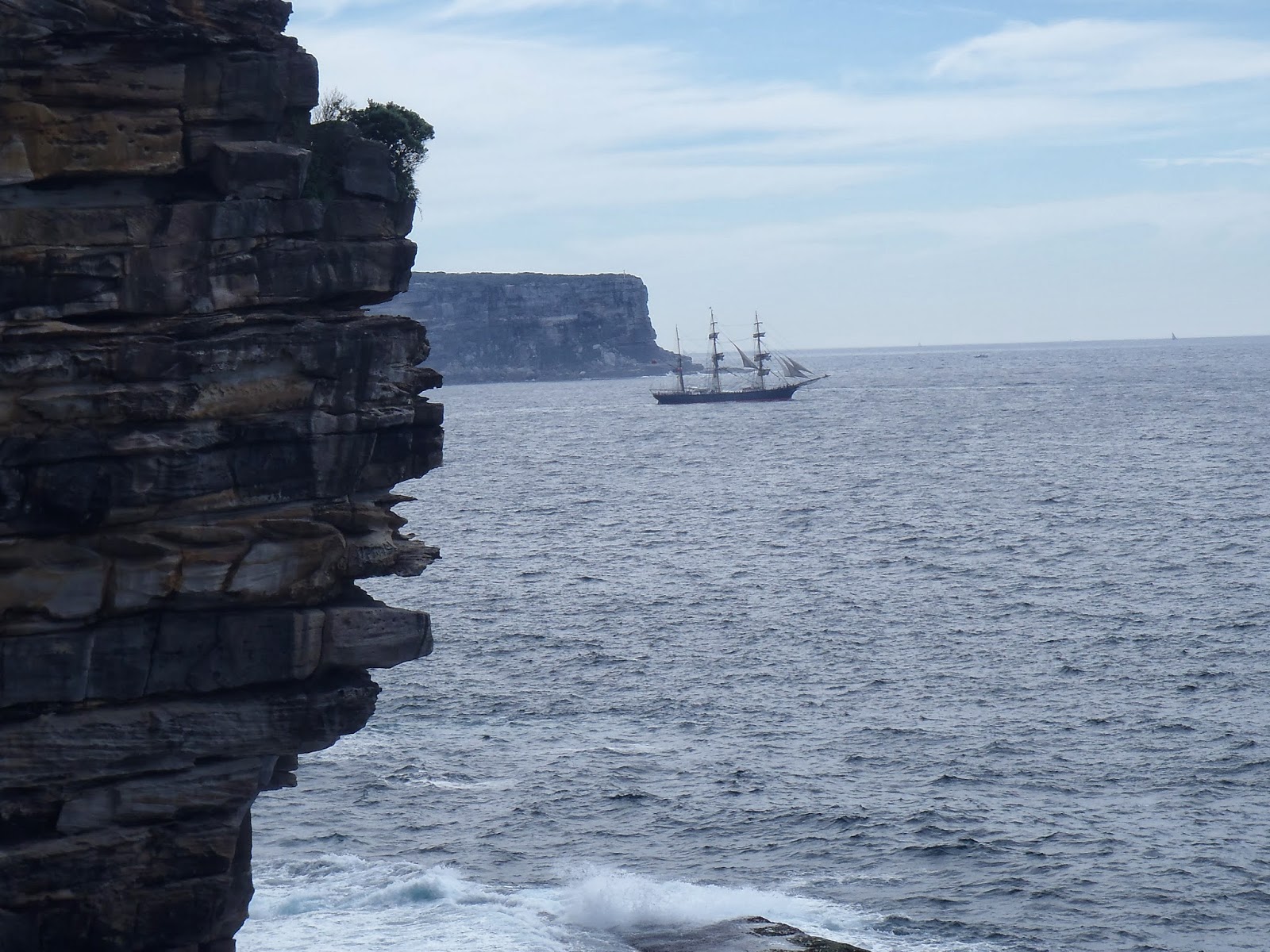 The third day?  That was today: tourism.  I walked along the coast from lovely Clovelly Beach up to Bronte beach (where I went into the water and played with the waves) and then Bondi Beach (the La Jolla of Sydney, at least in my mind).  I then took a bus to Watson Bay, which is the tippy top of the "south head"--the part of the land that reaches upward to form the southern edge of the bay that is Sydney's waterfront. Illustrated to the right as an old sailing ship was leaving Sydney and going into the Pacific today.

So, what do I have to report from this trip?
Anyhow, twas a quick trip.  And I do hope that there is a second trilogy.   I do hope to return and see more of the country/continent.