While I hang out in the hotel room, resting my feet, I thought I would post a few observations and report on a few experiences during my first day in Paris.

Finally, it is hard not to take pics of the Eiffel Tower, even crappy ones of myself: 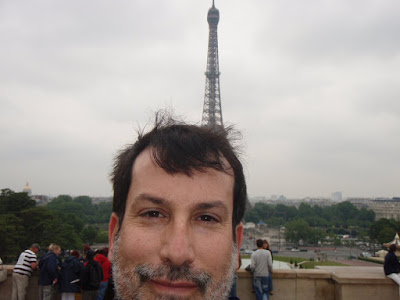 lol the eiffel tower is growing out of you head. (I know this so much more of a Facebook commment then it is a blog comment)