Grants: Who is Funding My Travel and Why?

Explaining another mystery of academic life to those folks outside of academe.

I have gotten a few questions lately about who is funding my research and what are they expecting from me? Good questions, particularly given my pictures of tourist spots in Berlin and Paris. The answer is that Canada is paying for my recent trip but not for the tourism. That is, the rooms, the flights and other travel expenses were covered by a grant from the Social Sciences and Humanities Research Council of Canada. It is a government funded institution that supports research by university professors in the areas captured by its title.

Does the government of Canada assign me the task of going to Europe to ask pesky questions of the French and German decision-makers involved in their missions to Afghanistan? No. The SSHRC agency vets proposals for a variety of grants. The one I received a few years ago was the Standard Research Grant, which is not dedicated to a specific kind of project (hence the name) but to helping profs engage in their research. The agency has developed an extensive process by which the proposals are vetted, taking into account the question being pursued, how it is being researched and the expertise/record of the applicant. [see Jacob Levy's blog for a discussion and relevant links for a grant that has gained the attention of the politicians]

There was not a call for research on NATO and its operations in Afghanistan. But, this project was funded in part because it is an inherently interesting question that has gotten even more interesting as the project has gone along, as the NATO partners have been bickering ever since we received the money about the challenges of burden-sharing in Afghanistan. This was not strategic on my part (or my co-author), but, well, fortunate, as the past several NATO summits have focused on the problem of caveats--restrictions placed on some of the contingents in Afghanistan by their home country. This is part of a larger question/dynamic about how countries control their forces in multilateral operations--our topic. Initially, we were going to spend much time and effort comparing NATO's efforts in Bosnia to those in and over Kosovo and the mission in Afghanistan. But, there has been enough variation among the various countries as well as within several over time, that we are focused almost exclusively on Afghanistan.

In terms of what we are stopped to give back to the SSHRC for the money, well, we owe a final report and nothing else. Of course, we have higher aspirations: we are in the process of writing the book and revising a couple of articles for submission to journals. I would say that this project has already been more impactful (geez, how I hate that word) than my other projects, as we have had a series of conversations with policy-makers, where they were not just giving us information but also learning from our work. I have also presented the work in progress to policy-makers in Ottawa, in addition to mixed (policy and academic types) there and elsewhere (next week in London!). Moreover, we have had a lot more direct contact with media types because Afghanistan is THE Canadian foreign policy issue. So, the whole question of whether this project is relevant outside the academic world has already been answered.

Even if it were not, grants are necessary to help foster research, as universities are key locales where (this will sound awfully un-humble) knowledge is created. Not all research is policy-relevant (although we should care about policy relevance some of the time). Basic research is as important in the social sciences as it is in the hard sciences. We just don't need or receive billions for super-colliders that might threaten the planet and whose commercial applications are indirect at best. But our research does actually serve the public good in a variety of ways. Of course, given that I have received such funds, this post is entirely self-serving, but then again, so is this blog. 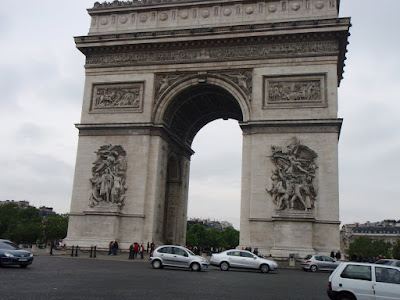 So, I was lucky enough to get a grant that would allow me to pursue an incredibly interesting project. And if I couldn't interview military officers and government officials at night or on weekends while I was in Paris and Berlin, well, I think my time was well-spent. Indeed, my courses in the future will benefit from the visits to the museums, memorials, and monuments.

And I do like the new version of my CV: 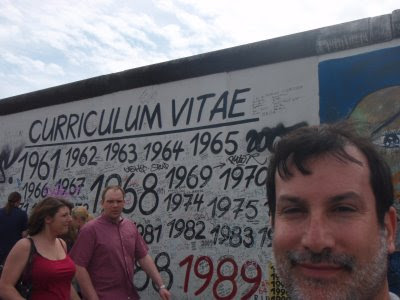 Posted by Steve Saideman at 5:10 PM