The headline of this post refers to my morning at the Jewish Museum and my afternoon at the East Side Gallery--where the Berlin Wall still stands. Overall, it was a good day--great food (the guidebook was right twice), better beer (I like wheat more than pilsner), sun and sore feet. 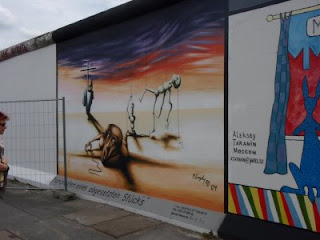 On to other evil and how people responded to it.
Some amazing murals and some crappy graffiti on a stretch where the Berlin Wall still exists. 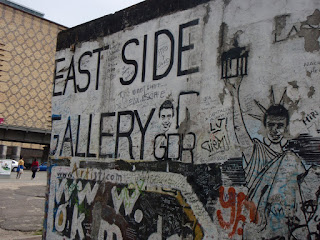 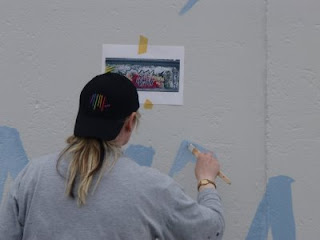 Tomorrow, the observations will decline as I will move into listening mode.

Posted by Steve Saideman at 2:33 PM