Flying and the Logic of Collective Inaction

A facebook friend of mine commented on my status the other day when I was traveling to the Cotswolds near London for a workshop.  He had observed that I had been flying a lot lately, and I should be thinking of the climate.  That is, flying is bad for global warming.  I don't disagree with the science (he is a scientist).  I just have pretty strong beliefs due to my understanding of the logic of collective action that if I exercised any restraint on my travel, it would have no impact on anyone else but me.  And my family.  That is, my understanding of social science trumps the implications of science. 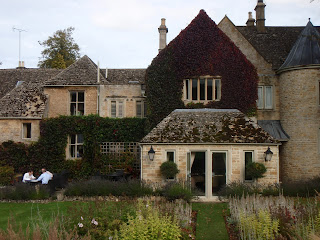 The basic logic of collective action is that when there is a public good or public bad (defined by two key properties: (a) does my enjoyment of the good reduce that available to others; and (b) can non-cooperators be excluded from the good), free-riding is inevitable and even rational.  If I were not to fly, and everyone else continued, would my restraint really reduce the warming of the planet in any meaningful way?  Nope.  If everyone restrained and I did not, would my flying matter?  Not much.  One can consider me selfish for thinking this way, but I am realistic.  I do not think we will make any headway on global warming anytime soon in any arena, whether that is relying less on beef (cows fart methane, right?), using solar/hydro power, conserving lots of power, etc.

I am more optimistic about finding replacements for oil because the market creates incentives to innovate.  As oil prices climb, substitutes become affordable and innovation becomes profitable.  But as far as I can tell, efforts to monetize the warming effects of various behavior are failing.  Carbon tax anyone?

I do think that I will be flying less.  First, because my wonderful project is coming to an end.  I will not be flying all over the place to do research for the next one (poor research design!).  Second, I do think that as oil gets increasingly scarce, air travel will become increasingly pricey (and perhaps research funding will also become scarce).  So, in 15-20 years, I may not be flying to conferences as the experiences may be priced out of existence.  So, I am embracing the moment and taking advantage of the travel opportunities in the near future.

The logic of collective action applies to other realms, of course.  I do recycle even though it requires  bit of effort.  If I had to sacrifice a lot to recycle (like not doing my research or giving up opportunities to meet interesting people in beautiful manors with great food), I probably would not.  But if it just means dumping some stuff in a big govt-provided trashcan, then sure.

I just think I understand the social realities just as my friend/critic understands the effects of air travel.  Now, I must grab some food (produced probably in environmental destroying ways) before I hop on my next flight to get back home.
Posted by Steve Saideman at 11:28 AM

Wait, whatever happened to the norm entrepreneurs?