It is hardly a secret that the Iranians have been helping to arm the Shiites in Iraq and it has been widely suspected that they have been assisting the Taliban against NATO as well.  And now this:


Authorities in southwestern Afghanistan have seized 19 tons of explosive devices that had been transferred across the border from Iran, police said.
Nimruz Police Chief Abdul Jabar Purdel said a suspect was detained. Nimruz province, in Afghanistan's southwestern corner, borders Iran and Pakistan

Of course, what strikes me is not what is happening but where. 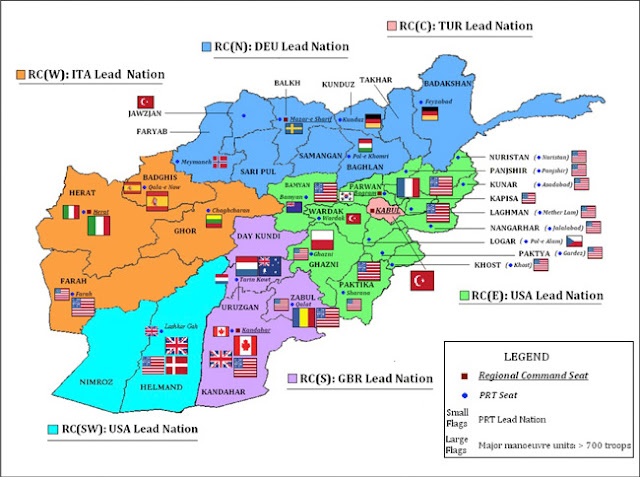 You will notice that there is no PRT in Nimroz, and when there was just RC-S (recently split into RC S and SW), Nimroz simply was an afterthought.  Why?  Because few folks live there, so not much COIN to be done.  Anyhow, it is in the news now as a pathway for Iranian arms.  Perhaps it will be getting more attention as a result.  Of course, the real challenge is what to do with Iran, since it is already getting punished for its nuclear programs.  It is hard to pile on to that.
Posted by Steve Saideman at 6:06 PM