Final Report: What I Did On My Summer Vacation

So, I failed to come up with a coherent, convincing argument for staying in Afghanistan, although I do think that leaving unilaterally a la Canada is a bad idea.

I think I can make a stronger argument that my summer rocked [disclaimer: I did, indeed, spend most of the summer working, so the title of this post is mostly in jest]. 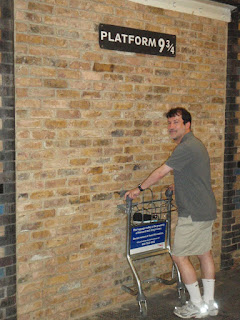 So, it was a well-spent summer, even if I didn't make any progress on my probability experiments. School starts Wednesday, and it should be an interesting term between my huge intro class and the advanced IR workshop with speaker series. And the APSA also starts Wednesday with a post later today or tomorrow about why I am a conference guy.
Posted by Steve Saideman at 11:35 AM

Email ThisBlogThis!Share to TwitterShare to FacebookShare to Pinterest
Labels: personal