Slow Day at the Spew 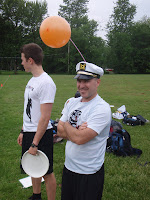 Not much Spewage today, as my daughter and I played in parallel Ultimate tournaments.  Mine was one for captains/co-captains of the various Montreal Summer League teams (Phil took the captain part seriously).  Hers was a Junior tournament, as the folks in the Montreal Ultimate Association have been developing the sport for younger folks.  So, now I am completely spent, having played in four games and watched a fifth. 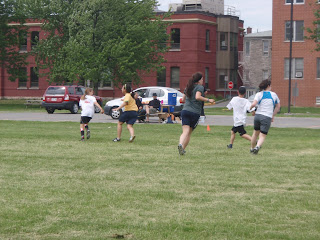 Posted by Steve Saideman at 6:07 PM