Spoilers?  No.  As everyone who is reading this now is caught up.   If not, go away.

I like the idea of a scavenger hunt where Desmond and perhaps other folks/devices may be the items on the list of things to find.  I also like the Wizard of Oz kind of idea that folks will get picked up along the way.  I am sorry Doc and Dan didn't see the obvious Star Wars parallel--that in each movie, especially the last one, it is about out favorite characters uniting again after completely separate journeys--on Tatooine to free Han and then on and near Death Star 2.

I have less of a problem with the most recent sudden deaths. Ilana paralleled Artz nicely, for instance.  I don't mind Zoe getting killed as she was never more than a tertiary character.  I do wonder about Richard and Frank, of course.

I do want the key mysteries solved and some of the questions answered--but only the important ones that should be integral to the story.

Finally, my prediction about who will win my Fantasy Lost game:

Doc Jensen!  I expect that we will see Cindy and her two adopted kids in the finale plus no clarity on whether Kate's mom lives or dies.   Steve may win if Jack remains the guardian by the end of the episode, but only if Miles lives (Freighter folk have not done well).  Wendy may win if Ben lives and perhaps even becomes the guardian. I think he has too much blood on his hands (although so did Jacob, but not when he started the job).  Jacob can win but only if some strange stuff like if Hurley becomes the guardian as Chip has too many dead characters to win.  Only if Sawyer is the Guardian do Constants have a chance.  Brandon, Sara and Ben are toast. 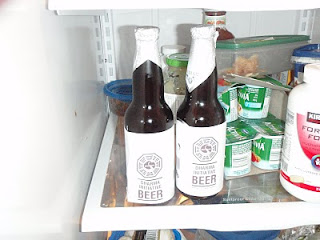 The only thing left to do is to open one of these
and sit back and watch
Posted by Steve Saideman at 6:21 PM

Email ThisBlogThis!Share to TwitterShare to FacebookShare to Pinterest
Labels: Lost